If ever there was a community where a “zero waste” store would work — bring your own containers, buy things in bulk, no plastic packaging, organic and recyclable goods — you’d think it would be progressive, ecologically-minded Evanston.

That’s what the owners of Eco and the Flamingo, who called their business “Evanston’s First Zero-Waste General Store,” thought.

But the store, which had its grand opening on Jan 21, lasted only five months, shutting its doors on May 29. 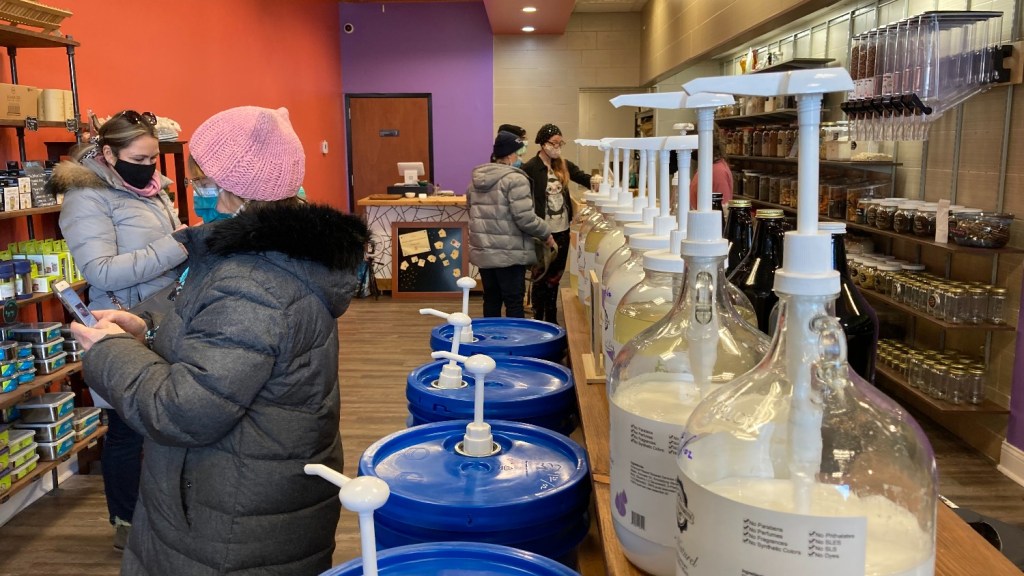 “Business was so slow,” a store representative told Evanston Now, “that we’d suffer lower losses if we just closed it.”

As with so many other small businesses, the COVID-19 pandemic did not help, pushing the grand opening back two months.

While the store tried mightily to build a customer base, with advertising and social media, “it was pretty obvious pretty fast,” the store rep said, that things weren’t going as well as planned.

The original Eco and the Flamingo, in Chicago’s Lincoln Square, remains open.

And, said the spokesperson, “we’re regrouping, and hope to try again somewhere else.”

Man dies at Cook County Jail over the weekend