NAPERVILLE, Ill. — People with special needs are the inspiration for a new French Canadian-themed restaurant set to open in suburban Naperville.

In the heart of Naperville beats the love of a mother whose story is not quite like many others and special people like Anthony Formento couldn’t be happier.

“I am actually really thrilled to be working here,” Formento told WGN News.

The new eatery is the creation of Thi Nguyen, who was born in Vietnam. But when Saigon fell, her family, friends of the American-backed government, knew it was time to go.

At age eight, she became one of what would be called ‘The Boat People.’

“My mom decided to put me and my brother on the boat. She says, ‘this the only way for us to have a better life,’” Nguyen said. “We escaped by boat, so we were lucky. We ended up in a refugee camp in Thailand.
The Red Cross was there to rescue us. After that, I was able to emigrate to Canada, Montreal, and Quebec. I grew up there.”

Nguyen’s mom and dad would reunite with her three years later.

After a successful pharmaceutical and medical sales career, nine years ago, Nguyen’s husband got a job transfer to Downer’s Grove. They fell in love with Naperville but what was missing was her beloved Poutin, which she discovered in college after a night at a bar.

“Poutin is a French Canadian dish. It’s very popular. It’s french fries, cheese curds, and gravy sauce. It’s a perfect combination of excellent flavors. The first time I tried it, we went to a bar with a lot of French Canadians and they said, ‘Thi, it’s 3 o’clock in the morning but before we go home, we have to eat the Poutin!’ I was like, ‘what?’ They said it was the best hangover food. I said ‘OK.’”

So with the help of a special needs educator, Nguyen created a place with a workforce of special needs employees, who work alongside a peer buddy, a model developed at the secondary and high school levels.

“They have a system that pairs a normal kid with a special needs kid and they do all the activities together,” Nguyen said.

The restaurant had more than 80 applicants from all around the Naperville area. People like Olivia Parmalee and her big brother Austin are excited about the opportunity.

“I think it’s amazing. We’re so blessed to be a part of this,” Olivia said.

Anthony Longo, 19, and his mom Lauren say they are thrilled as well.

“It helps me with my confidence and job training,” Longo said.

“For me, I am so proud of him. It builds his self-esteem,” his mother added.

Job responsibilities vary by individual abilities. Special needs worker Ashley and her mother, Judy Conley, say they are amazed by the opportunity. 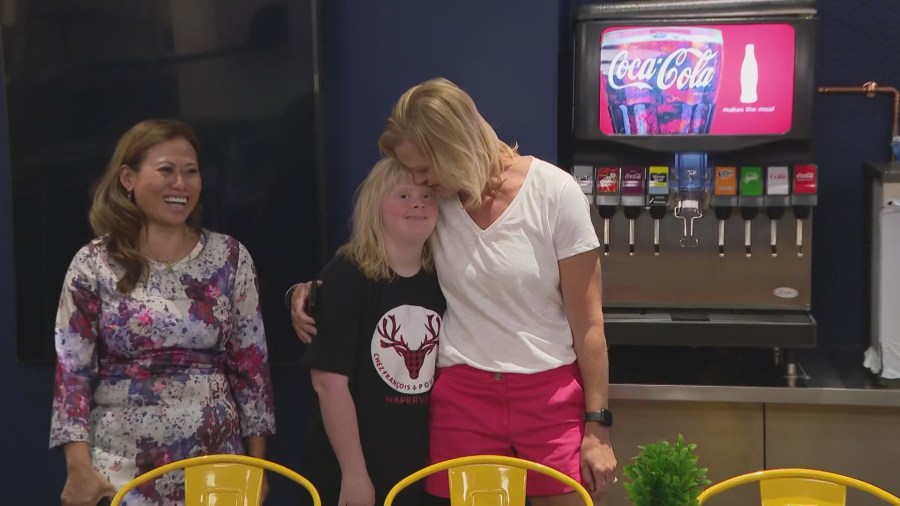 “We are so excited to be involved in it and at the ground level,” mom said.

Parents say the job is the perfect recipe for special needs people to gain independence.

Back to Anthony, he says he can’t wait to cook up the goods!

“I’ve applied to other jobs and I just haven’t gotten any calls back,” Formento said.

Nguyen says Poutin is perfect for her extraordinary workforce.

“It’s a lot of repetition. It’s french fries, cheese curds, and gravy sauce, and you can add sausage, eggs, or bacon. It’s fast, casual food. So easy for low functional, high functional to do.” 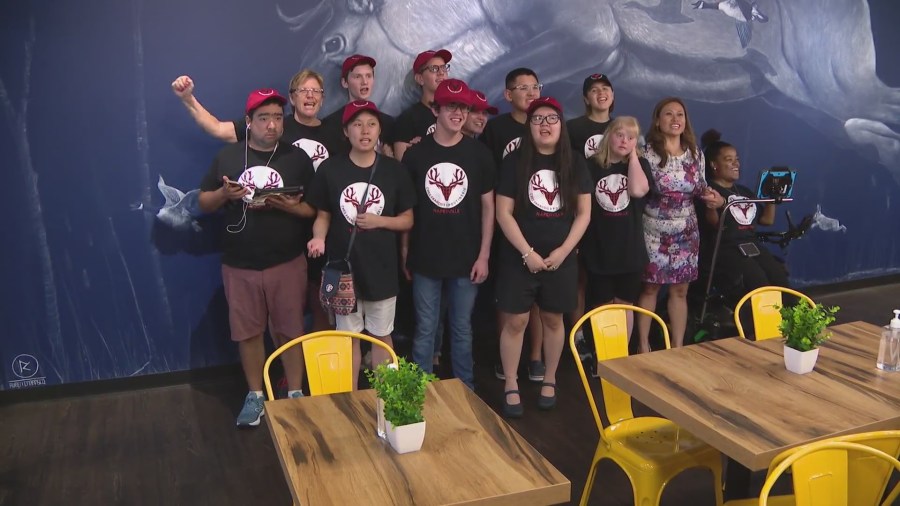 The extraordinary workforce at the soon-to-be-opened Naperville restaurant poses for a picture with Nguyen. (Photo: WGN)

Nguyen hopes many will stop by. Shavon and her incredible smile and the entire team will be at the door to say hello, who will ensure customers leave with a belly full of good stuff all around.

COVID-19 update as of June 23: Evanston and Cook County each rated in the “medium” community risk level

Many Fourth of July events canceled after Highland Park shooting, but some fireworks…