On a normal summer day, Ross Bostick and Adrian Garton would be checking passes at the Greenwood Street Beach, making sure that only Evanston residents could get in for free.

But now, the seasonal City of Evanston employees are at the Greenwood Beach entrance, telling people they cannot come in.

On Tuesday, the City announced that Greenwood Beach will be closed for the rest of the summer, due to a lifeguard shortage. The five other Lake Michigan beaches at Evanston remain open. 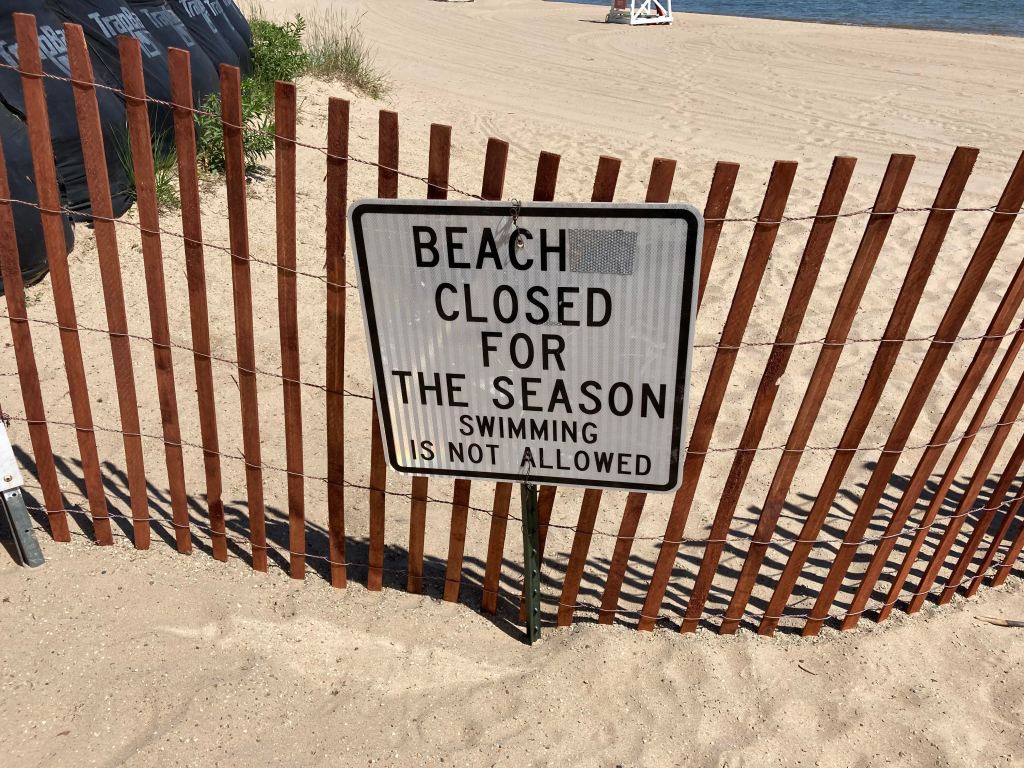 At least one potential beachgoer wasn’t happy about the closing.

The woman was not aware of the shutdown, and because she lives in Skokie, had to pay a $30 non-resident summer beach fee, even though her home is in the Evanston/Skokie school district.

“I want to walk on my beach,” she said, half-laughing, and half-not-so-pleased.

But, the answer was no.

It may be that the woman saw swimmers at Greenwood Beach, but those were participants in aquatics camp. Those city summer programs are allowed to use Greenwood, because certified lifeguards are among the counselors/instructors.

City aquatics camp is still allowed at Greenwood Beach. Lifeguards are among the staff.

City announces facility and service schedules for the 4th of July

This year’s 2022 primaries were slim on voters