Indeed: Property tax increases are the go-to revenue boosters for mayors, though Lightfoot acknowledged the pause could be a one-time thing. But paying toward the city’s four pension funds ahead of a municipal election is revolutionary for Chicago.

Remembering Rahm: In 2014, right before the 2015 municipal election, then-Mayor Rahm Emanuel’s budget avoided altogether paying toward the unfunded pension obligations. The City Council passed the budget that year on a 46-4 vote.

Ald. Pat Dowell, the chair of the budget committee, called the pension prepayment plan “a novel idea” and said removing the property tax increase “takes a lot of pressure off of all the aldermen who are going through Election Day.”

Well, not all of them: The three City Council members running against Lightfoot in 2023 had a few words to say about the mayor’s budget plan.

And Ald. Sophia King didn’t outright criticize, but said “the devil is always in the details.”

— It’s the first year the city will begin using casino revenues to supplement pension payments, the Tribune notes in a story by Alice Yin, A.D. Quig and Gregory Pratt

Chicago’s transportation, distribution and logistics (TD&L) industry is one of the nation’s largest, and a significant pillar in our local economy. The metro area boasts the nation’s #1 port (by value), the largest intermodal facility, the most TD&L firms in the country, and the second largest TD&L workforce in the U.S. Chicago’s logistics tech vertical saw a 802% increase in growth capital, private equity and VC between 2019 and 2021. Find out why Chicago leads by following the Chicago Venture Summit online.

THE DEBATE DEBATE: Lake County candidates skipping League of Women Voters forums: ‘We consider this a real problem’: “No forums are scheduled in the races for Lake County clerk, treasurer and sheriff, with candidates weaving different narratives about why and what is to blame,” reports Lake County News-Sun’s Gavin Good.

Among those turning down the forum is Democratic Congressman Brad Schneider, who says he won’t debate his opponent, Republican Joseph Severino, because of his far-right views, some of which have been posted on Facebook.

“Severino has a long record of spreading conspiracies, from whether Covid was a hoax to the election, you name it. I’m not willing to give these conspiracies the legitimacy of a forum, especially the way things are structured. It’s not a debate over ideas, but a fight over what is reality.”

Severino pushes back. He says Schneider has opted to put “out these unhinged Facebook ads, lying about my positions,” rather than take the stage next to him.

— POT POURI | Illinois’ 1st predominantly Black-owned licensed pot business and craft grower opens in Rockford: “SB IL Grow LLC is two-thirds Black-owned [and] is doing business as partners with Star Buds, an established weed company from out of state that had the experience to help get the venture started here,” reports Tribune’s Robert McCoppin.

— ALTERNATE LEGAL REALITY: Nearly 1,300 state laws prevent people with criminal records from moving on after serving their sentences: “Once you’re a felon it’s almost like you’re never forgiven. No matter how much time you do, you can never be vindicated,” Javier Reyes says. “You’re not fully free. None of your rights are fully restored. No matter, I’m a taxpayer. No matter, I’m a law-abiding citizen. No matter, I’m a husband, a father — that felon trumps everything else.” WTTW’s Brandis Friedman reports.

— Attorney General Kwame Raoul is part of a coalition of 11 AGs pushing for global credit card companies to adopt a new merchant category code for the sale of firearms and ammunition that will support law enforcement efforts to fight gun violence, according to his office.

— In Duckworth v. Salvi for Senate, abortion takes center stage, hosted by the Illinois Associated Press Media Editors association and the Daily Herald. (The abortion debate starts at about 27.45 minutes)

— Congressman Brad Schneider is out with a new ad titled “Brad’s Our Guy,” which addresses lowering prescription drug prices, preventing gun violence and protecting reproductive rights. Schneider is running for reelection in the IL-10 District.

— Esther Joy King, Republican nominee in the IL-17 congressional race, has been endorsed by the Illinois Fraternal Order of Police State Lodge.

— Susana Mendoza, a Democrat, has been endorsed by the Illinois Chamber of Commerce in her reelection bid for state comptroller. The news here: The chamber generally doesn’t endorse Dems but notes: “Mendoza approaches her job with a tenacious zeal for fiscal integrity and a bipartisan reach.”

— Maria Peterson, running for the state Senate’s 26th District has been endorsed by Sen. Tammy Duckworth. The senator cited Peterson’s support for “working families” and reproductive rights as a reason for backing Peterson.

— Des Plaines got a heads-up and the  response to 80 asylum-seekers was ‘overwhelmingly positive’: “Two buses arrived in Des Plaines on Saturday, carrying largely women and families, though not many very young children, Mayor Andrew Goczkowski said Monday. The migrants initially entered the U.S. in Texas, then were loaded onto buses and sent to the Chicago area,” by Daily Herald’s Eric Peterson.

— WELCOME: Chicago saw 48 new migrants arrive Sunday, according to the Chicago Department of Family and Support Services. The city has now seen 1,982 asylum-seekers bused from the Texas border with Mexico since Aug. 31. 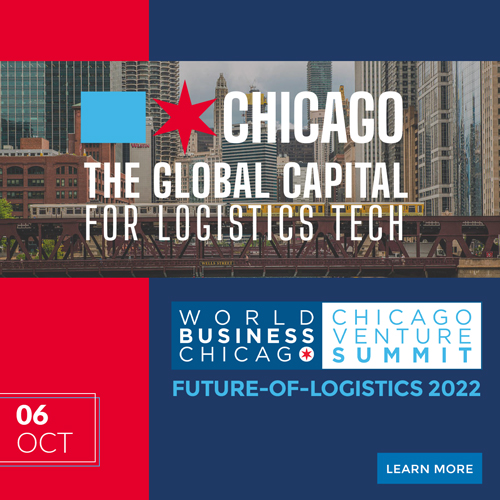 — SCOOP: Retiring Ald. Sue Garza is endorsing Aida Flores, a public school teacher who’s challenging incumbent Ald. Byron Sigcho-Lopez, to lead Chicago’s 25th Ward. Garza sits on the council’s progressive caucus with Sigcho-Lopez, so the endorsement seems a surprise. Though Sigcho-Lopez grates on some members of the council for not wanting to play in the sandbox all the time. Garza, the first Chicago Teachers Union member elected to the City Council, praised Flores for being “a thoughtful, progressive leader who fosters collaboration.”

— SCOOP: Sen. Dick Durbin is dipping his big toe in Chicago’s aldermanic race. Illinois’ senior senator is endorsing Kim Walz in her bid to lead the 46th Ward. Current Ald. James Cappleman isn’t seeking reelection. Turns out Walz volunteered on Durbin’s early Senate campaign before she became chief of staff to Congressman Mike Quigley when he served on the Cook County Board. Walz was a top aide to Quigley when he was elected to Congress in 2009. Walz also was part of the first Illinois Women’s Institute for Leadership Training in 2000, which was founded by Durbin’s wife, Loretta Durbin.

— Ana Santoyo, a community activist and library page at a Chicago Public Library, is running for the 45th ward City Council seat now held by Ald. Jim Gardner. She says she’s running to bring attention to the case of Anthony Alvarez, who was shot and killed by a police officer after a foot chase in Portage Park. Santoyo also touts her AFSCME union membership.

— Mayor says voters this fall should ‘be educated’ about judges on ballot who let dangerous people out before trial: Asked if she’ll get involved in issuing a list of unworthy judges who ought to be dumped, Lightfoot replied, “I have not made a decision. I’m talking to people all around the city about the necessity of doing that.” Crain’s Greg Hinz reports.

— Community group releases first report on Chicago police use-of-force policies: “The key policy changes include that sanctity of all life is the overarching principle of all of CPD’s policies. The group was also successful at making CPD change its language to ‘affirm the humanity of all community members.’ Officers were previously instructed to see community members as “subjects,” “suspects” and ‘offenders,’ but now CPD agreed to change any mention of ‘subjects’ to ‘persons,’” by Tribune’s Paige Fry.

— Renewing LaSalle Street a matter of keeping up with the neighbors: “City officials are offering landlords money if they come up with new ideas for buildings that have lost their allure amid downtown’s expansion,” by Sun-Times’ David Roeder.

— How the ‘Black Metropolis’ made a comeback: A look at Chicago’s Bronzeville neighborhood, via Planet Money

— 11 years after off-duty Chicago cop’s murder, the case against his alleged killers has frayed: “The prosecution of three men charged in the 2011 murder of Chicago Police Officer Clifton Lewis has been plagued by misconduct allegations,” by Sun-Times’ Andy Grimm.

We asked for about your Halloween decorating plans:

Brent Pruim: “My plan for Halloween decorating is to enjoy other people’s decorating!” (Can relate.)

Andy Shaw: “We’ll be trick-or-treating with grandchildren at one of their houses and our place will be empty. so our decoration will be a ‘No Trespassing — Rabid Dog in the Yard’ sign.”

Laura Bagby, comms director for the Illinois Supreme Court Commission on Professionalism, says, “I live in a condo, so I won’t decorate my home much. But I will be sure my dog is in costume.”

In a sentence, what do you like, or not, about Mayor Lori Lightfoot’s budget proposal? Email [email protected]

— Election officials confront a new problem: Whether they can trust their own poll workers, by POLITICO’s Zach Montellaro

— Wednesday at 7 p.m.: Ald. Raymond Lopez, a candidate for mayor of Chicago, will visit the 41st Ward to discuss his plans for public safety, supporting small businesses and first responders. Location: Emerald Isle at 6686 N. Northwest Highway in Chicago.

Robert Dow Jr. will be the next counselor/chief of staff to Justice John Roberts. He currently is a judge on the U.S. District Court for the Northern District of Illinois.

MONDAY’s ANSWER: After serving time for bank fraud and embezzlement, Gov. Orville Hodge was released in 1970 and went to work at his sister’s hardware store, then as a car salesman and finally as a real estate agent in Granite City, Ill.

TODAY’s QUESTION: Who was the Chicago gospel singer who marched with Martin Luther King Jr. and helped inspire his “I Have a Dream Speech”? Email [email protected]

Chicago is One of the Best ‘Foodie’ Cities in America, New Wallethub Report Says – NBC Chicago