Jim was born on Nov. 11, 1935, in Chicago to James Sutton Sr. and Jean Barkdull Van Pelt. He grew up in LaPorte, IN and Evanston, IL along with his younger sister, Julie. During these years, Jim loved all sports and was good enough to play football, basketball and golf at his beloved Evanston Township High School (`54).

Jim attended the University of Michigan (BS `58; MBA `60), where he met and married his wife of 53 years, Catherine Carrero. Jim’s two passions in life were football and his family. While at Michigan, he was a member of the football team and the Wolverines’ starting quarterback for two full years and part of a third, while also playing defensive back.

After his senior season at Michigan, Jim was selected by the Washington Redskins with the 54th pick in the 1958 NFL draft. However, he opted instead to play pro football for the Winnipeg Blue Bombers of the Canadian Football League. As a rookie, Jim was a two-way player and the team’s placekicker. He was the MVP of the 1958 Gray Cup Championship game after scoring 22 points and quarterbacking Winnipeg to a 35-28 victory over the Hamilton Tiger Cats.

In 1960, Jim started a three-year service commitment in the United States Air Force and was assigned to Andrews Air Force Base in Camp Springs, MD. After completing his military duty, Jim settled in the Chicago area, where he and Cathy raised their two children, Jeffrey and Catherine. He spent 40 years working at Arthur Anderson, the Quaker Oats Company and Grundy Industries. At Grundy he worked alongside his father, who started the company, and also his son.

Jim loved his time with family and friends on the golf course, particularly at Skokie Country Club. He and Cathy also spent many a weekend traveling to Ann Arbor, MI to support their beloved Wolverines football team. In later years Jim split his time between Naples, FL and St. Joseph, MI, loving the sunsets in both places. Jim loved his country, fervently expressing his passion for the freedom and liberty of the United States provided to any and all who would listen.

He will be missed.

Donations welcome in his honor to the Chicago founded and based Alzheimer’s Association, www.alz.org. 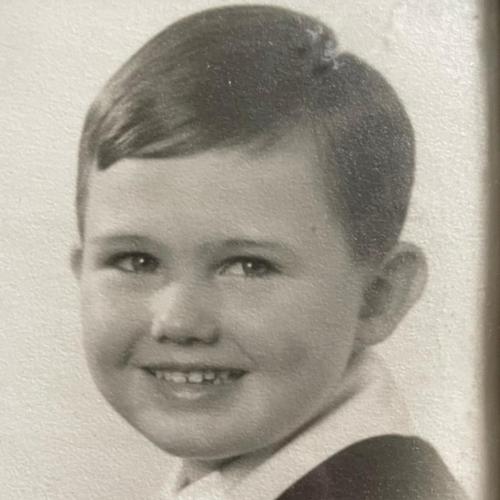