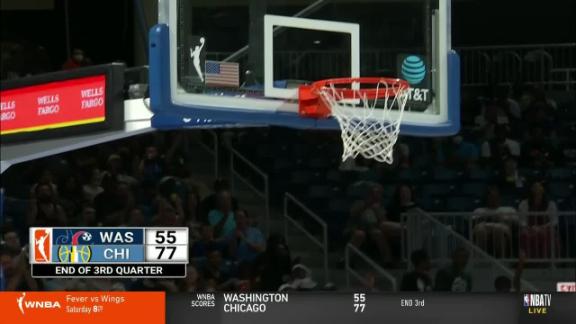 Chicago (24-8) tied a franchise record for most regular-season wins, last done by the 2013 team. The Sky have a two-game lead over second-place Las Vegas with four games to play. Chicago plays at Las Vegas on Thursday.

Chicago dominated the first half, taking a 55-34 lead into the intermission.

Myisha Hines-Allen, who was in the starting lineup with Elena Delle Donne out on a rest day, scored 211 points to lead Washington (20-13). Shakira Austin added 17 points and Evina Westbrook scored 10.

Chicago Bears among the most valuable NFL franchises