Good afternoon. Here’s the latest news you need to know in Chicago. It’s about a 5-minute read that will brief you on today’s biggest stories.

Chicago’s most important news of the day, delivered every weekday afternoon. Plus, a bonus issue on Saturdays that dives into the city’s storied history.

In 1972, dr. Randall E. McNally, a Chicago plastic surgeon, traveled to Vietnam to recover the remains of his brother-in-law Thomas Kenny and his wife and four children, who were among more than 80 people killed when a bomb caused the crash of a Cathay Pacific airliner.

While awaiting news from his family members, Dr. McNally volunteered to do reconstructive surgery at the Barsky center in Saigon. He ended up with a patient the world knows as the napalm girl from one of the most widely known photographs of the 20th century.

Associated Press photographer Nick Ut won the Pulitzer Prize for the indelible image he captured of Kim Phuc Phan Thi, a 9-year-old South Vietnamese girl, running down a road, screaming in pain from napalm burns. The photograph made people question US involvement in the Vietnam War.

“I became a victim of war,” Phan Thi, now 59, said after Dr. McNally’s death Monday at 92 at Lake Forest Hospital of what his son Edward said was “old age.” “But there are so many good people like Dr. McNally. They try to work so hard to help many people, and, among them, I was one.”

Now living near Toronto, she created the Kim Foundation International to aid children injured in war.

“I love him so much,” she said. “I owe him and all the doctors and nurses. They inspired me and made me have a dream to help people, like they helped me.”

Support civic-minded, independent journalism by signing up for a Chicago Sun-Times digital subscription.

When Sergiu Doloscan thought about the United States as a kid in Moldova, growing up behind the Iron Curtain, he pictured images from his favorite movie: “Terminator.”

Eventually, the idea of ​​a time-traveling cyborg assassin was replaced with two other concepts: freedom and democracy.

“Those were things we didn’t have,” Doloscan, 37, said Thursday at Wrigley Field, where he became a United States citizen along with 655 other people from more than 90 other countries.

It was the largest naturalization ceremony ever held by the Federal District Court in Northern Illinois. 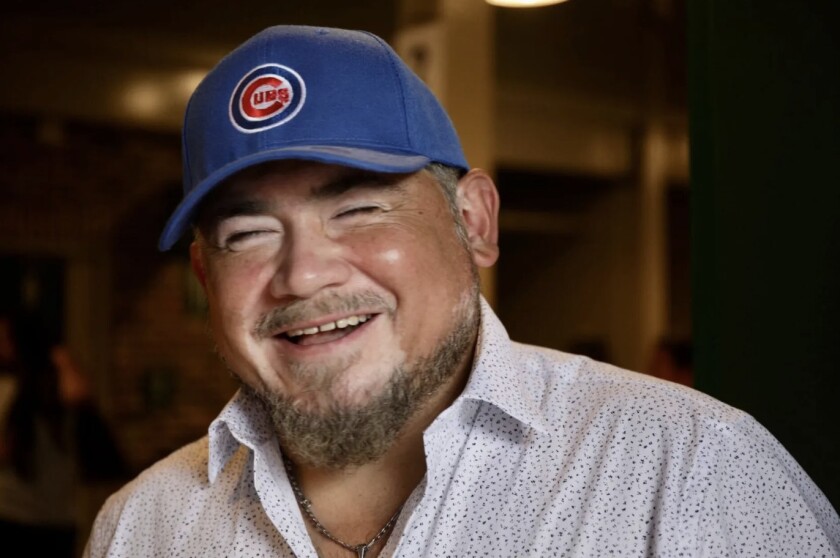 “I feel very, very good today,” said Doloscan, a truck driver who came to the United States six years ago. He now lives in Huntley with his wife and two sons.

Jesus Escontrias, 51, originally of Durango, Mexico, came to the United States 35 years ago.

“I came here for a better life. A better everything,” said Escontrias, who lives in Woodstock and works in a foundry. “This is the conclusion of that.”

From the press box

What’s your favorite memory from attending a Chicago music festival?

Send us an email at [email protected] and we might feature your answer in the next Afternoon Edition.

Yesterday, we asked you: What’s the best (or worst) part of Lollapalooza taking over Grant Park for the next four days? explain. Here’s what some of you said…

“Best part: the sight of concertgoers and a reminder of what it was like to be young.” — Craig Barner

“The worst part? We have to pay to restore the grass.” —Robyn Michaels

“The best part: the neighborhood comes alive and there’s four days of live music on our doorstep that challenges me to keep up with my children’s generation.The worst part: Monday morning when it’s all over.” — Katie Colgan

“Best part is Billy Strings… Worst part is everything else.” —Jordan Bradley

“Worst, small Chicago clubs not being allowed to book these acts.” — Greg Schoenfeldt

“Heading to Ogilvie Station as all the Paloozers are heading to the lake front. Like a salmon going up river.” — Chris Domann

“Nothing but noise and non stop sirens for the next 4 days!” — Anthony Montano

Thanks for reading the Chicago Sun-Times Afternoon Edition. Got a story you think we missed? Email us here.

Which Celebrities Were Spotted at Chicago Lollapalooza Weekend? Here’s Who, What They Did and More – NBC Chicago