At the end of Boston’s Long Wharf is a glass and metal plate that tells the role of the city in the transatlantic slave trade. The memorial is intended to remind those who walk along the waterfront that Boston was a hub for ships carrying African people who were sold into slavery.

The marker could serve as a symbol for the city’s grappling with its past. But when it comes to slavery and the centuries of systemic racism that followed, people like Boston NAACP President Tanisha Sullivan want more than just symbols for black people – they want redress.

Several cities and towns across the country have launched redress initiatives for black residents affected by systemic racism, and Boston may join them soon.

City Councilor Julia Mejia is leading an attempt at City Hall to set up a commission to investigate the negative effects of slavery and racial discrimination on the black residents of Boston and how the city can repair the damage.

“Even though slavery was years ago, it is so much more than just slavery,” Mejia said. “It’s really about that [addressing] the damage caused and how we pass generational poverty on to Black Bostonians year after year. “

Mejia recently hosted a hearing at which reparation advocates called for the Commission. She said her goal was to pass legislation establishing the group next year.

“We have to give the government a little grace,” she said. “Because things move like molasses sometimes, but my hope is to act with a sense of urgency. This is what people have asked for and our office has committed itself to it. “

Councilor Julia Mejia speaks to the council in Boston on June 23, 2021. (Pat Greenhouse / The Boston Globe via Getty Images)

The US House of Representatives is considering bill to set up a state reparation commission to investigate the effects of slavery and its legacy on black Americans and ways to repair the damage. The idea was first presented more than 30 years ago. Congress never approved it, and it will likely fail again at this session.

But that hasn’t deterred local officials from places like nearby Cambridge and Amherst; and beyond, San Francisco and Asheville, North Carolina, from pursuing their own redress initiatives.

“This is a federal matter and at the national level we have to wrestle with and reckon with the question of our history,” said Sullivan, who is working with Mejia to set up the commission. “But there is also work that can be done at the local level. We don’t have to wait until the federal government takes action. “

Boston’s role in slavery can be traced back to 1638. Slave ships left the city even after Massachusetts banned slavery in 1783. And although slavery ended in the state, black Bostonians were denied the same rights and privileges that enabled their white counterparts to thrive. This discrimination continues to have tangible consequences today as the city’s black communities lag behind in areas such as wealth, education and health.

Yvette Modestin of the National African American Reparations Commission, also known as NAARC, works with Mejia on the reparation effort. She says that black slavery may be over, but her freedom is still in question.

“We no longer have chains around our ankles or our hands,” said Modestin. “But there is another chain.”

People often associate reparations with the idea of ​​cash payments from the government to black people. That is one possibility, but some municipalities are going different ways.

Cambridge is considering a reparation program to provide money to black-owned companies. Officials in Amherst recently set up a reparations fund and formed a group to develop a plan for the money.

Evanston, Illinois city council voted again in March to use $ 400,000 of a $ 10 million reparations fund, also financed by cannabis sales, to provide housing benefits to its black residents. The program would provide applicants with up to $ 25,000 for home purchases, renovations, or mortgage aid.

Evanston is recognized as the first US city to pay reparations to its black residents. However, Evanston Alderwoman Cicely Fleming is not on board.

“Evanston is a place that likes to be first,” said Fleming, who was the only one against the program. “It also likes to meet the claim to be very diverse … That definitely fits into this narrative.”

Fleming said Evanston basically started a residential program that is only available to a few residents disguised as a reparation program. In addition, the program does not give black residents the freedom to decide how the money is used.

The councilor said Evanston’s reparation program should not be a model for other cities.

“I would say don’t model it, but people have their own communities,” she said. “I do not know [what] their community needs. I don’t know what damage your community has done to your community, but I would say that you have at least fleshed out something to ensure that you can meet the needs of all residents that we don’t currently have. “ 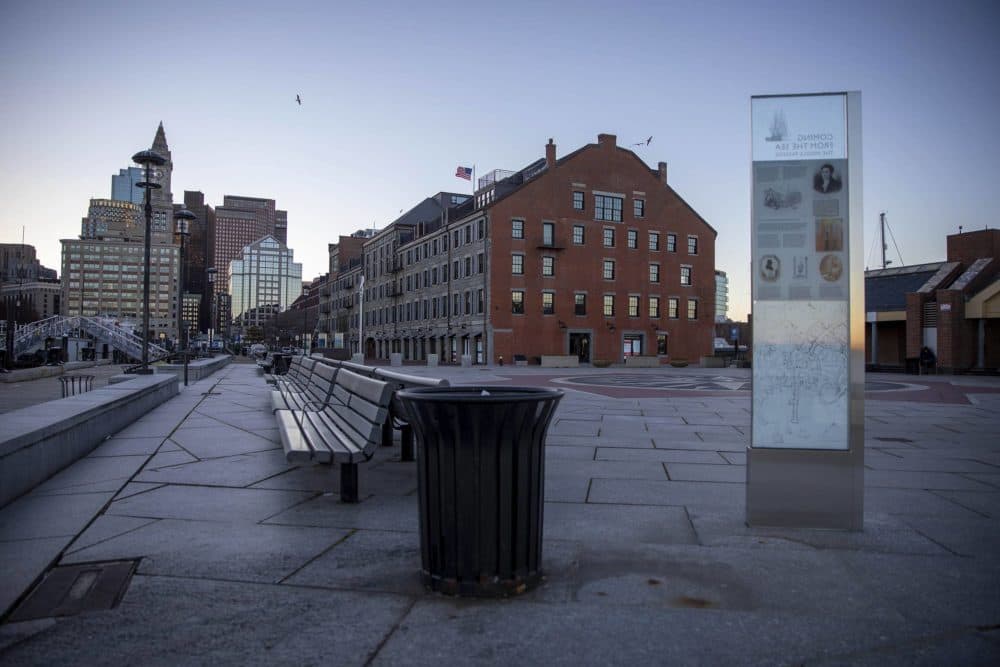 A pillar stands on Long Wharf in Boston to mark the point where ships arrive and depart with Africans who are sold into slavery. (Robin Lubbock / WBUR)

While the idea of ​​making amends in Boston isn’t new, Sullivan said that now that a city council hearing has been officially documented, future advocates have something to build on.

“For the first time,” said Sullivan, “we are building a structure around which it can make a record on this issue of reparation for the descendants of formerly enslaved Blacks.”

Ice Cream Cats rescued from a house fire await new homes, but 5 were euthanized at…