Cook County recorded more homicides last year than it had in decades, yet twice as many people died from opioid overdose, a rising epidemic that has a growing number of health experts pressing for safe spaces to inject drugs.

The toll from opioids has been increasing since 2015, when there were 647 overdose deaths in Cook County. This past year’s total is expected to be more than 2,000 once all tests are back from suspected cases.

State and local agencies spend millions of dollars each year to combat the problem, from offering more treatment programs to wider distribution of test strips and the drug naloxone, which can reverse the effects of an opioid overdose.

But the American Medical Association, reviewing the spike in Cook County deaths, concluded last year that more could and should be done.

The 175-year-old physicians group argued that “decriminalization of the use of illicit opioids” was crucial, and “there is an urgent need for safe injection sites, which have been associated with reduced overdose deaths when evaluated internationally.”

The sites, also called overdose prevention sites, are supervised spaces where users can enter and have their drugs tested before they are given clean needles. Supervisors do not help people administer drugs and are only present to intervene in case of an overdose.

Such places have been credited with preventing fatal overdoses in Canada and Australia for years. There are over 100 of the sites worldwide, and advocates say they more than pay for themselves. Every dollar spent on them generates $2.33 in health care savings, according to one study.

Cook County health officials say they support them, and the city of Chicago says it is tracking the experience of the country’s first two injection sites in New York City.

But no substantive action has been taken, even after Cook County State’s Attorney Kim Foxx visited a site in Canada two years ago.

She was accompanied by state Rep. La Shawn K. Ford, D-Chicago, who sponsored a bill last year to allow safe injection sites in Illinois. It fell 17 votes shy of passage.

Ford’s district includes parts of the West Side where the most overdose deaths occur in the county. He said he expects the death toll to keep rising until the public’s attitude changes along with law enforcement tactics.

“It’s not good for politics,” Ford said. “People would have to agree that they’re letting people do illegal drugs. If you look at it that way, and not the benefit, you’re going to say you can’t do that.”

Pandemic ‘hopelessness’ and rise of fentanyl

The spike in opioid deaths worsened after the pandemic broke out and stay-at-home orders were issued in 2020. The toll in Cook County was 1,840 for that year, compared with 1,295 the year before.

Experts suspect the lockdown made drug use more dangerous by forcing people to take drugs alone, away from anyone who could resuscitate them. The pandemic also disrupted support networks for people with substance abuse problems.

Users of illicit drugs have been overcome by feelings of hopelessness, according to Karen Bigg, director of community outreach at the Chicago Recovery Alliance. The nonprofit distributes naloxone, clean needles and test strips on the West and South sides.

“People have tended to relapse more during the pandemic than other years,” Bigg said. “Instead of relapsing and being like, ‘Oh, I’ll quit again,’ it’s more like, ‘I want to stop, but I don’t have any plans now.’ That open-endedness is contributing to a hopelessness.”

Experts say the rise in overdoses has also been fueled by a drug trade that has been disrupted by the pandemic, driving people to use drugs that are too powerful for them, like fentanyl. 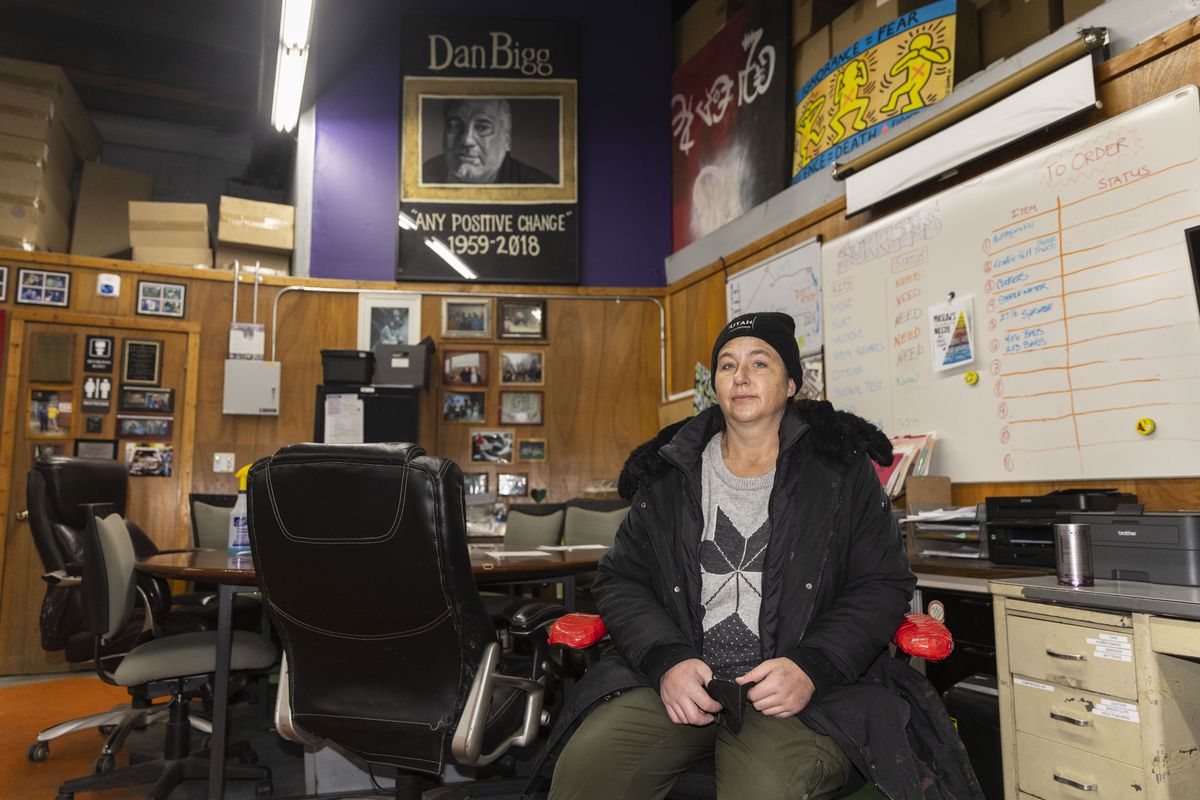 Fentanyl is a synthetic drug similar to heroin but 10 times stronger. Even a very small amount of fentanyl, as small as a grain of sand, can kill a user if mixed with another drug.

Overdoses involving fentanyl increased more than 700% in Chicago between 2015 and 2018, according to Chicago’s Opioid Overdose Surveillance Report.

“Everything has fentanyl in it,” Bigg said. “Some of it is just fentanyl. It’s not surprising to see someone bought something they thought was heroin, and it’s all fentanyl. People don’t like that. It doesn’t have the same effect as heroin. It’s not as enjoyable.”

In the first half of 2021, 90% percent of all opioid deaths involved fentanyl in Chicago. Around 37% of deadly overdoses were among users of fentanyl-only, while 46% of deaths involved heroin, and deaths involving pain relievers was 6%, according to city data.

Chicago’s West Side is epicenter of overdoses

Last year’s overdose deaths in Cook County were concentrated on Chicago’s West Side. The three ZIP codes with the highest number of deaths cover West Garfield Park (60624, with 110 deaths), South Austin (60644, with 77) and East Garfield Park (60612, with 57).

The neighborhoods with the next highest concentrations were in Chatham (60620, with 54) and Lawndale and Little Village (60623, with 50).

Ambulance call records show how prevalent drug overdoses are on the West Side. In the first half of last year, paramedics were called over 1,000 times to overdoses in three West Side neighborhoods. There were 608 calls in Austin, 458 in West Garfield Park and 367 in Humboldt Park, according to the city’s Health Department. 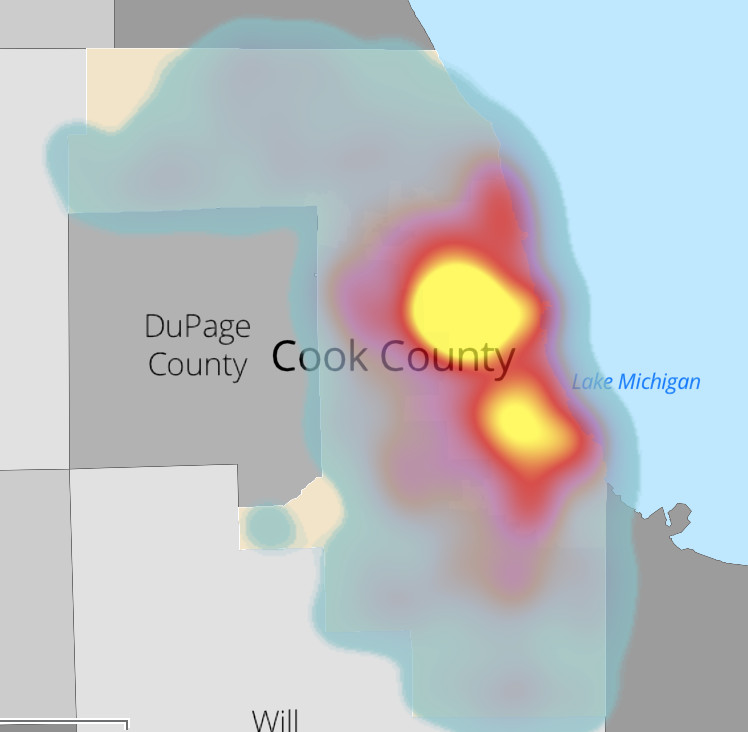 ‘Lives are going to be saved.’

State and local agencies have stepped up their initiatives as the deaths have spiked, but efforts to open an injection site stalled when the pandemic hit.

Earlier this month, Chicago’s health department announced it would dispense doses of the life-saving drug naloxone from wall-mounted boxes in 14 public libraries. People can take as many doses as they need, no questions asked.

Cook County has supplied 40 suburban police departments with naloxone since 2017. The drug has been administered at least 137 times by officers responding to overdoses, according to county spokeswoman Natalia Derevyanny.

In October, Chicago began distributing free test strips for people to test their drugs for the presence of fentanyl, increasing the access to the tests that have been passed out for years by the Chicago Recovery Alliance from their fleet of trucks. 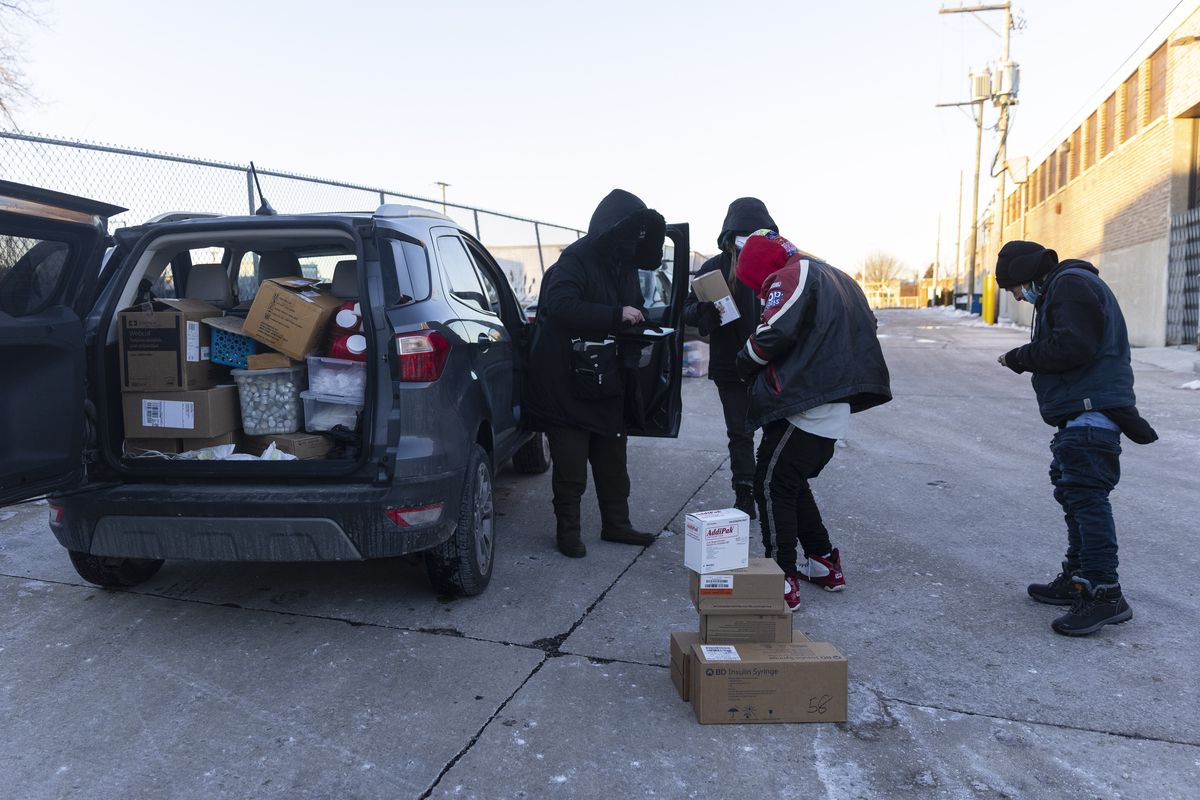 The alliance was in talks with service providers to open a safe injection site, but they broke down at the start of the pandemic, Bigg said. “We haven’t resumed (those talks) yet, but it stands at the top of our priorities list,” she said.

Injection sites sanctioned by the city or state would be a natural extension of a makeshift network already used by drug users, Bigg said.

“Among people using drugs, it’s not a novel idea,” Bigg said, explaining that many users make sure if there is someone close at hand who can help them.

“It’s really the most important piece of info when we talk about overdoses,” she said. “You can have all the naloxone in the world, but it won’t do you any good” if there’s no one to administer it.

While critics say the sites condone the use of drugs, advocates including Rep. Ford say the sites can connect drug users with services that can help them overcome addiction.

“You have people in a safe place where, if they overdose, their lives are going to be saved,” Ford said. “It’s amazing what (the sites) can do.”

Dr. Kiran Joshi, co-director of the county’s health department, said the sites not only save lives but potentially decrease the transmission of chronic infectious diseases like hepatitis C and HIV, decrease crime in the surrounding area and can link people to treatment.

“So not only do (the sites) save lives, but they improve people’s lives and move them past addiction,” Joshi said.

He said the health department would support community programs in suburban Cook County if and when safe injection sites become a reality.

Chicago’s health department said it would support injection sites in the city if data supports their use. But Deputy Commissioner of Behavioral Health Matthew Richards would not say how such a site might be operated in the city or when.

Mayor Lori Lightfoot’s office was similarly vague, issuing a statement saying the city is “currently examining this issue and the role it might play as part of a comprehensive approach to overdose prevention.” Her office said the same thing when asked about safe use sites in 2020. 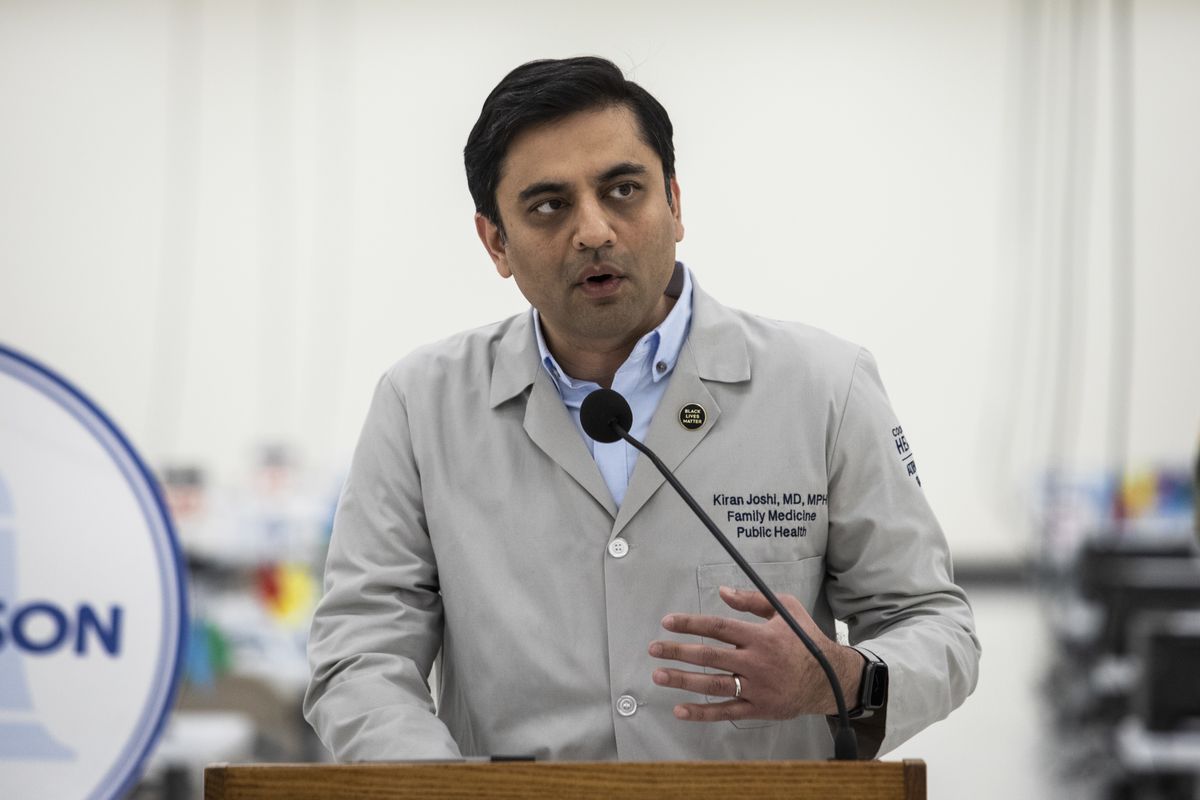 ‘We want to be the first of a thousand’

Sam Rivera directs the nonprofit OnPoint, which runs safe consumption sites in New York City — the first to open in the country.

“We want to be the first of a thousand,” he said but warned it will take “courage” without full approval from the state and federal governments.

“I say it takes courage because people say it’s crazy, but it isn’t,” Rivera said.

In the two months that his two sites have operated, they have logged 473 participants, 3,316 visits and intervened in 76 overdoses with naloxone, he said. No one at the sites has died.

Rivera said he sees several benefits. Drug users are provided a safe space from the streets where they can receive other services and treatment. He has also seen some users respond positively to the social space and use less.

“I’ve seen that happen a few times, where I see people put their stuff away and say, ‘I don’t need that extra hit. I just want to chat with you guys.’ To me, that’s amazing,” Rivera said. “It’s humanizing people who aren’t treated as human.”

‘It starts with compassion’

“There’s a lot of science that indicates that addictions have a neurological basis, an environmental basis, and that people with addictions should really be treated … with the same compassion as people with any other chronic disease,” Joshi said.

“And it starts with compassion, and it starts also with working to address the deep and entrenched stigma in our society that can prevent that,” he added.

Despite the lack of public support, Chicago has been better than other cities in responding to the opioid crises, according to Bigg, the director at Chicago Recovery Alliance.

“We’ve been very fortunate in Chicago that the health department and government agencies have supported us in this effort,” Bigg said. “It says a lot about Chicago wanting to help keep people alive.”

Algonquin Doctor dies of COVID-19 while awaiting trial for…