A 23-year-old Evanston man is in the Cook County Jail after police say they found a miniature AK style pistol in a backpack in his car.

Cmdr. Ryan Glew says detectives from the Special Operations Group were in the 2000 block of Ashland Avenue about 7 pm Wednesday when they encountered a Ford Edge driving northbound in the southbound lane.

Glew says detectives pulled their squad over to allow the car to pass, and then stopped the car based on the traffic violation.

When they asked the car’s driver, Tyrese Bishop, who lives in the 1400 block of Foster Street, if there was a gun in the vehicle, Glew says, Bishop admitted the backpack on the front passenger seat contained a gun. 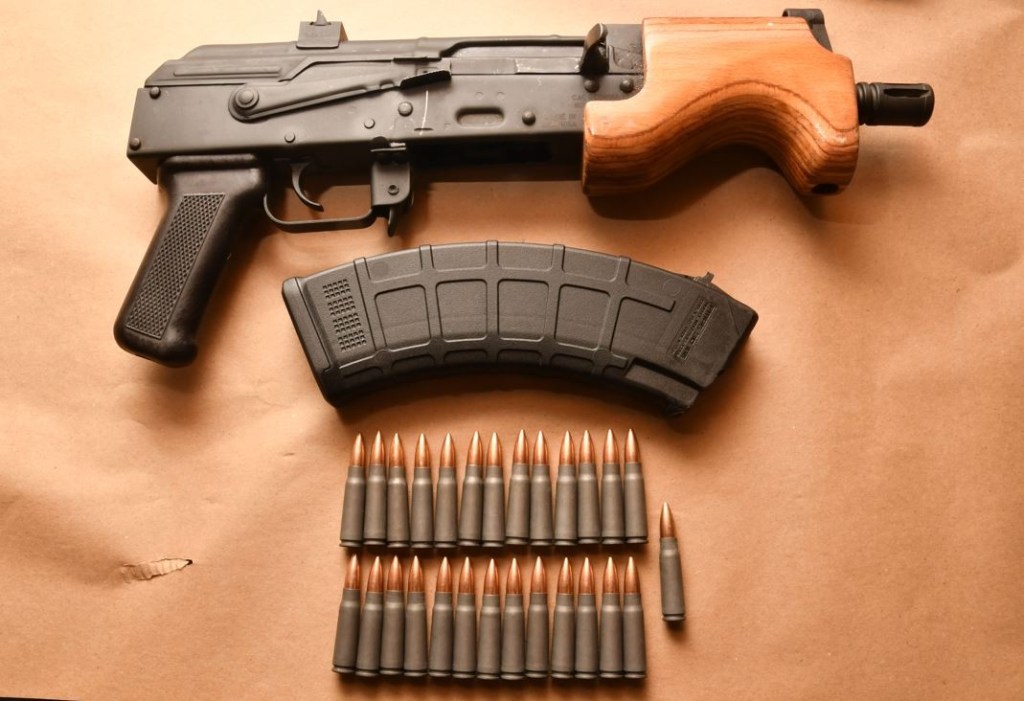 Detectives recovered the gun, a Century Arms Micro Draco that Glew said can be described as a miniature AK style pistol.

Further investigation, Glew said, revealed that Bishop had a suspended driver’s license and that he did not have a Concealed Carry License or FOID card. The vehicle was towed.

The Cook County State’s Attorney’s Office reviewed the case and approved felony charges of aggravated unlawful use of a weapon by a felon and as well as misdemeanors for violating the firearm owners identification act and driving on a suspended license as well as several traffic citations.