Nat and Holly Zenner moved to Evanston just a couple of months ago. They live near downtown, and so decided to stroll on over to Fountain Square, along with their two children, to the second-to-last Thursday Night Market of the summer.

Part of Sherman Avenue is blocked off for the markets, with vendors lining the block.

“It’s great,” both Holly and Nat said at once.

“We want to be in the community and feel like there’s life around us,” Holly added. So it’s nice to live somewhere with things to do in walking distance.

Thursday Night Markets began last summer, to give people a way to shop outdoors during the pandemic. 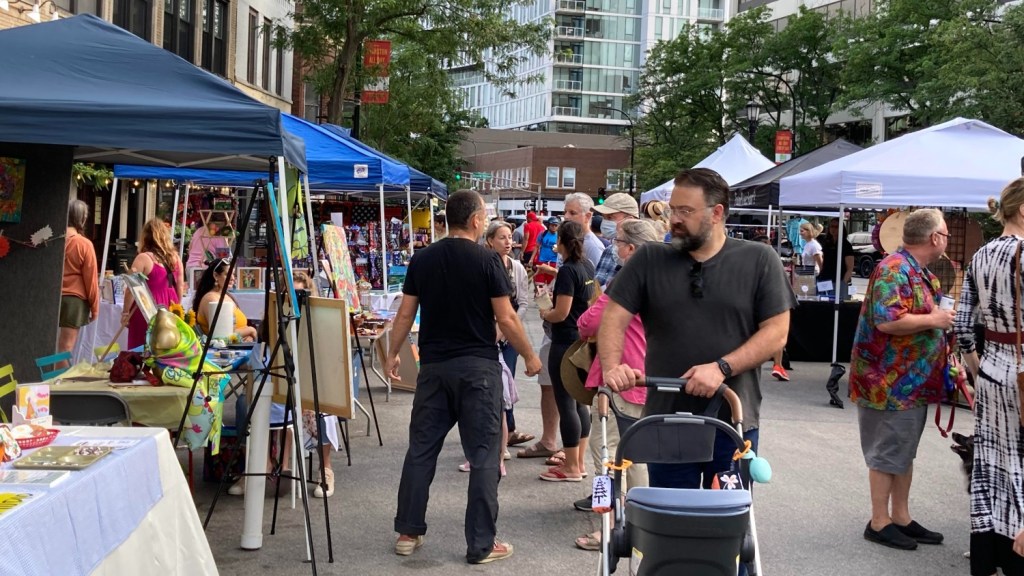 “People still wanted to shop outside” again this summer, said Laura Brown, of the Downtown Evanston organization, which sponsors the market.

Brown said attendance appears to be up somewhat from last summer.

There has also been more vendor interest. Brown said about 70 vendors submitted applications, with around 30 or so allowed at each market night.

Most of the vendors are artists or craft makers, with seven local brick and mortar businesses, such as Smylie Brothers brewery, having booths as well.

The final Thursday Night Market of the year will be Sept. 1, from 4 to 8 pm at Fountain Square.

Man dies at Cook County Jail over the weekend