Cote, a graduate student at Northwestern’s Beinen School of Music, was practicing the horn on Thursday morning in the lower deck of the parking garage next to the Ryan Center for the Musical Arts.

The sound of scales bounced off the hoods of Hondas and out onto campus.

Cote was practicing this week because she’s part of the band at a Northwestern University conducting symposium, where high school and professional directors perfect their craft.

But why the garage?

“That’s part of why it’s nice” to play in the parking structure. Cote says she’s happy to share her music with those walking by, or perhaps even driving in.

Cote, 26, wants to earn her master’s degree in music performance next year. She began on piano at age 10, then switched to the horn at 13.

“I started out and totally fell in love with it,” she says.

The Montreal native, who is often the only woman in the horn section, hopes for a job with a symphony orchestra, and has already auditioned for three, with more tryouts to come.

In the meantime, weather permitting, you’ll probably find her practicing in the garage, and even getting there early “to meet other horn players” doing the same thing. 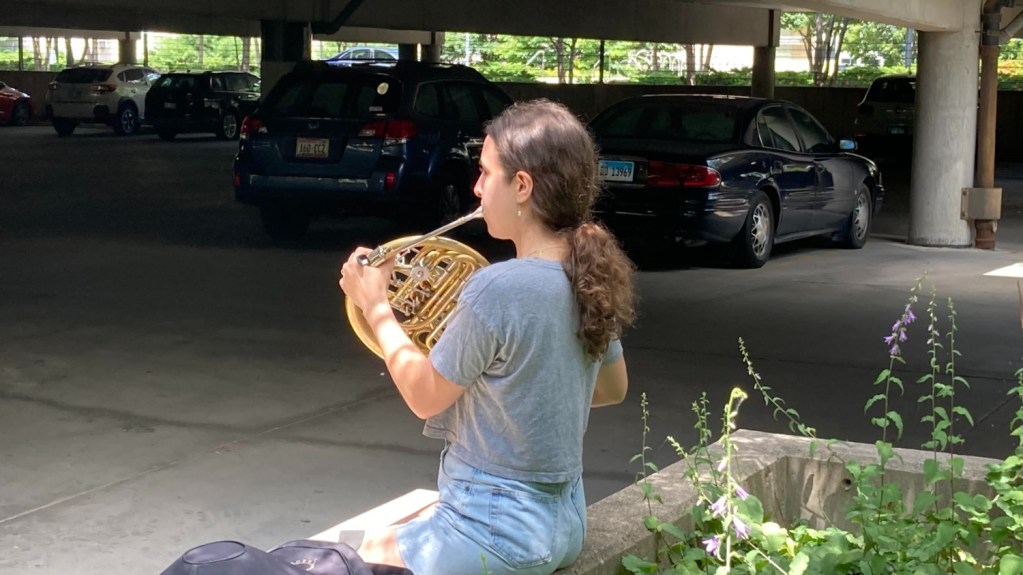 So if you’re walking by the Musical Arts Center garage, and hear the sound of a horn… it may not be a Chevy. More likely, it’s Rachel.

Rural Hospital Rescue Program Is Met With Skepticism From Administrators

Man sought in shooting of Chicago officer arrested in Iowa