‘I Like Getting To Know Everyone As I Am’

Cunningham, 34, lives with a disability that makes reading, writing and driving a challenge for him. He also puts up almost 400 pounds on the Olympic deadlift.

Cunningham, of Austin, regularly competes in 12 sports through the Special Olympics program at Kosciuszko Park — and he has recently found a knack for powerlifting. A fan of the Los Angeles Lakers, Cunningham said he’s known around his stomping grounds as “The LeBron of Kosciuszko Park.”

Special Olympics Chicago runs year-round athletic programs through the Park District and Chicago Public Schools for local athletes with disabilities who are 8 and older. This year, Chicago will send 11 of their local standouts to Orlando for the National Special Olympics USA Games in June.

On Tuesday, Cunningham warmed up for his shot at glory by tossing a shot put farther than anybody else at the Special Olympics Chicago spring games, an annual track and field competition. More than 1,500 athletes and 500 volunteers gathered at Eckersall Park for the games.

The community makes him feel comfortable, he said.

“There’s no jitters, no nothing here. I’m just being myself and having fun with my friends,” Cunningham said. “I like getting to know everyone as I am.”

Credit: Mack Liederman/Block Club ChicagoCunningham with his friends and supporters at the Speical Olympics.

Athletes from Douglass and Norwood parks dished out high-fives to Cunningham and his Kosciuszko teammates as they waited in sweltering heat to toss the shot put. Other athletes competed in road races, long-distance races, long jump, pentathlon, softball throw and tennis throw.

“This helps build confidence for nationals, getting ready for my sports event. No playing around, no joking; I take it seriously. I’m a serious athlete,” Cunningham said. “I think they should put me on the Wheaties box.”

Cunningham said he didn’t get to play on sports teams growing up, but he found his chance with the Special Olympics. He’ll now pick up any sport he can try, said his coach, Renee Chimino.

“I went to watch Isaiah and it was — just holy cow, this guy is now lifting almost 400 pounds,” Chimino said. “His enjoyment is just pure bliss. These guys are just so humble to be here and be given an opportunity to play.” 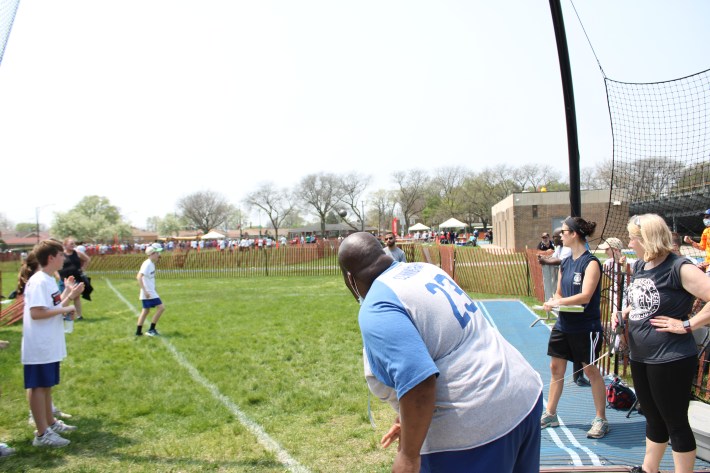 Ald. Matthew O’Shea (19th), vice president of Special Olympics Chicago, said the pandemic has been particularly challenging for younger people with disabilities. This year’s spring games is the first in two years that “finally everyone has back together,” O’Shea said.

“All kids had tremendous losses this past 26 months, but our special needs population, they really missed the socialization, the camaraderie, the practices,” O’Shea said. “When you talk to our athletes, you hear that they’re family to them.”

Mike Benavente, parks manager for Special Olympics Chicago, said there is no better atmosphere in the city to watch sports.

“The energy here is contagious, especially if you’ve watched them make these strides,” Benavente said. “It makes you cheer a little harder than you do for the Bears.” 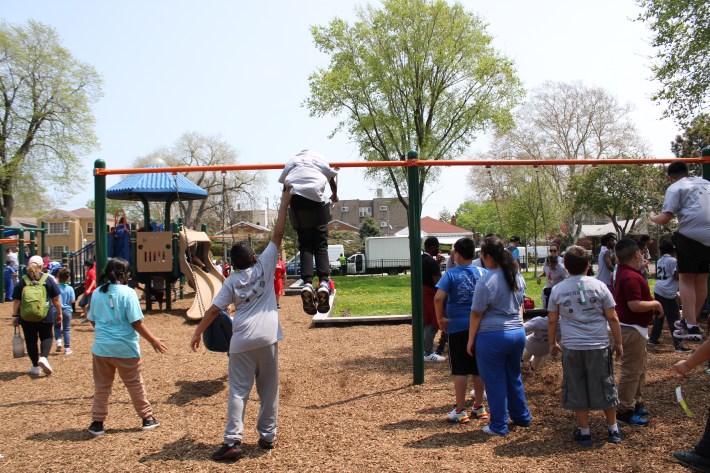 Cunningham said he’s enjoyed aging gracefully as an athlete with the Special Olympics — and being a mentor for the younger kids.

“People look up to me here,” Cunningham said with a smile. “I’ll help them out.”

The goal at nationals is to “have fun, try my best and keep trying to pass it on,” Cunningham said.

“I didn’t know I could do it until I tried,” Cunningham said. 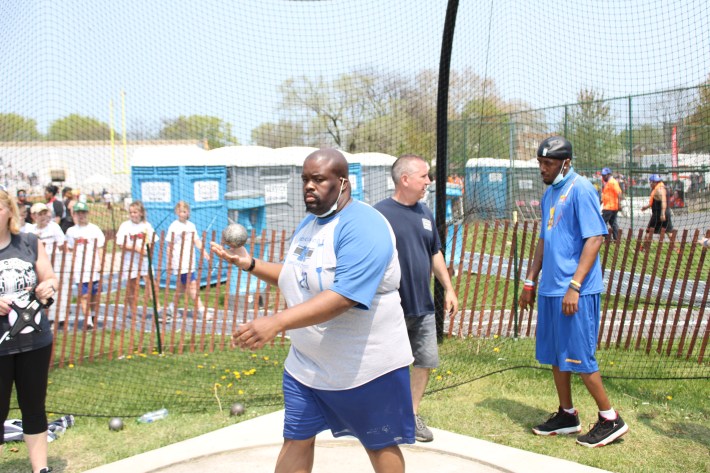 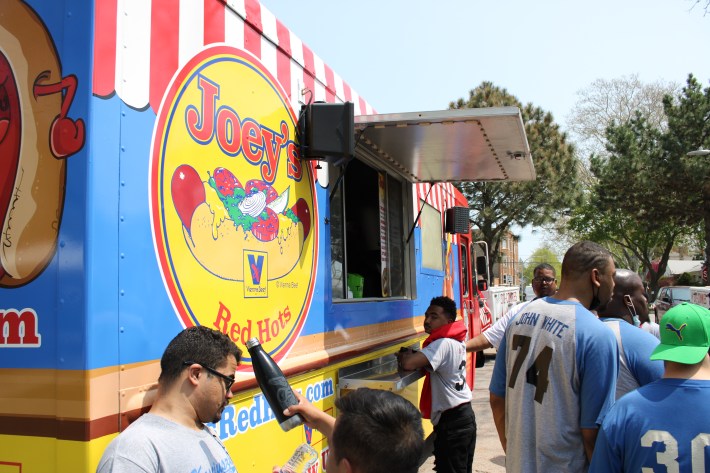 Credit: Mack Liederman/Block Club ChicagoAthletes fuel up on hot dogs and cool down as they compete at the Special Olympics Chicago spring games

Click here to support Block Club with a tax-deductible donation.

Thanks for subscribing to Block Club Chicago, an independent, 501(c)(3), journalist-run newsroom. Every dime we make funds reporting from Chicago’s neighborhoods. Click here to support Block Club with a tax-deductible donation.

Listen to “It’s All Good: A Block Club Chicago Podcast”:

Hate Crime Charges Filed Against Lincoln Park Man Accused Of Threatening To Kill Lightfoot, Foxx For Not Being Tough On Crime

Man, 75, Critically Wounded After Being Lit on Fire in Downtown Chicago – NBC…

Chicago Would Not Immediately Reinstate Mask Mandate Should Region Move Into…