An overhead map shows the former Allstate Site in unincorporated Northfield and areas being annexed into Glenview for the Dermody logistics center.

Glenview trustees unanimously approved the annexation of the former 290-acre Allstate campus into the village of Glenview, and gave preliminary approval for zoning changes and plans for Dermody Properties to open a 230-acre logistics center on the site, on their Tuesday, July 5 village board meeting.

Final approval for the project site plan and variances is expected to be considered at the Tuesday, July 19 village board meeting.

The development on Willow Road on both the west and east sides of Sanders Road would be built in phases, beginning with five buildings built to suit tenants, in one of three configurations. The development could see a total of 10 buildings with as many as 637 truck docks once the property is fully developed.

Although freight logistics has been discussed as the primary use for the site, other types of buildings serving other types of uses, including data centers and manufacturing, were discussed and allowed for zoning.

If approved, buildings approved in the first phase would be used as a template, allowing the remainder of the development to be built with administrative approvals.

Glenview Deputy Director of Community Development Jeff Rogers said because the property would be developed in three phases, Dermody would be able to apply for the tax incentive gradually as each phase is developed, which is why predictions were made over 17 years rather than 12 years.

Trustees discussing their votes said the revenue to local taxing districts was a major factor in consideration. Trustee Chuck Gitles, a former Northbrook Glenview School Dist. 30 board member, said Dist. 31 had to go to referendum after Allstate filed a successful tax appeal years ago. 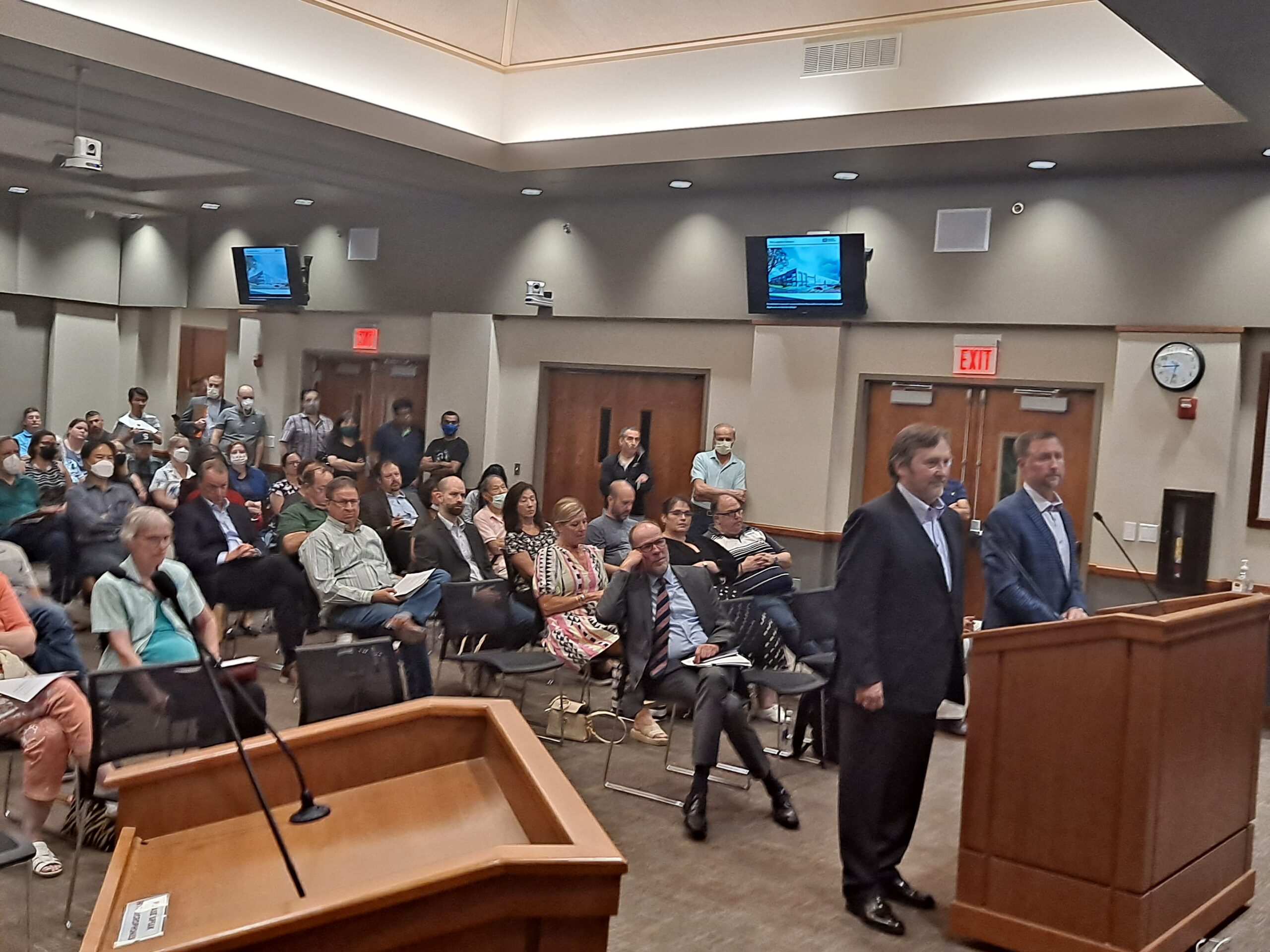 The annexation agreement includes Glenview taking in 32 acres of territory from the city of Prospect Heights and providing a compensation package to Prospect Heights, detailed in a previously approved intergovernmental agreement and amendments to the 1997 Milwaukee Sanders Corridor Agreement.

Key among critics of the plan were those who run, and whose children attend, Gertrude B. Nielsen Child Care and Learning Center at 3835 Willow Rd.

Initial plans included a fueling station, proposed to be built next to the Nielsen Center, which already sits next to a BP gas station. Dermody officials said the fueling station was seen as an amenity and dropped the plan.

Attorney Brendan Appel, who is representing the Nielsen Center, said there are ongoing discussions with Dermody which could include the possibility of Nielsen purchasing a portion of the land once envisioned for the fueling station.

Traffic and neighborhood impacts for noise, light, and environmental emissions were major items of concern for residents who opposed the development.

Lighting variances received preliminary approval for fixtures to be 18 feet tall around the perimeter of the property and 40 feet tall within the development.

Buildings in the center of the development could be built as tall as 120 feet, although most are proposed to be much shorter between 36 and 45 feet in height. Buildings would also be built to be LEED-certified by the US Green Building Council.

To shield residents, Dermody officials detailed a landscape plan, which includes berms, the replanting of mature trees, and fencing to block sight lines of any buildings, including the tallest proposed buildings.

Sound studies were also conducted. The project is expected to include “wing walls” on buildings to prevent excess noise. Residents of the Indian Ridge neighborhood, already missing a sound wall from I-294, fear overnight noise from the development when I-294 traffic dies down.

Dermody officials said traffic would be reduced as compared to pre-COVID traffic levels at Allstate when the site was operating at full capacity.

Dermody officials said traffic would spread throughout the day and would not see the same spikes in traffic during am and pm rush hours the way Allstate did. They also said Sanders Road is not a truck route, so semi-trucks would be prevented from using that road.

Support local news by subscribing to the Journal & Topics in print or online.

Three Things to Know About Insurance Coverage for Abortion