“Unity. equality. Visibility.” was the theme for this year’s LBGTQIA+ teen car parade, the local kickoff to nationwide Pride Month.

One of those participants was 17-year-old Jack Kretschmer, who will be an ETHS senior in this case.

“I think it’s very important” to have and take part in an event like the car parade, Jack said.

“It would be quite sad to live in a place where you can’t do that.”

Ironically, in a progressive city such as Evanston, there had not been a gay rights organization until 2019, when the predecessor of Evanston Pride was established. 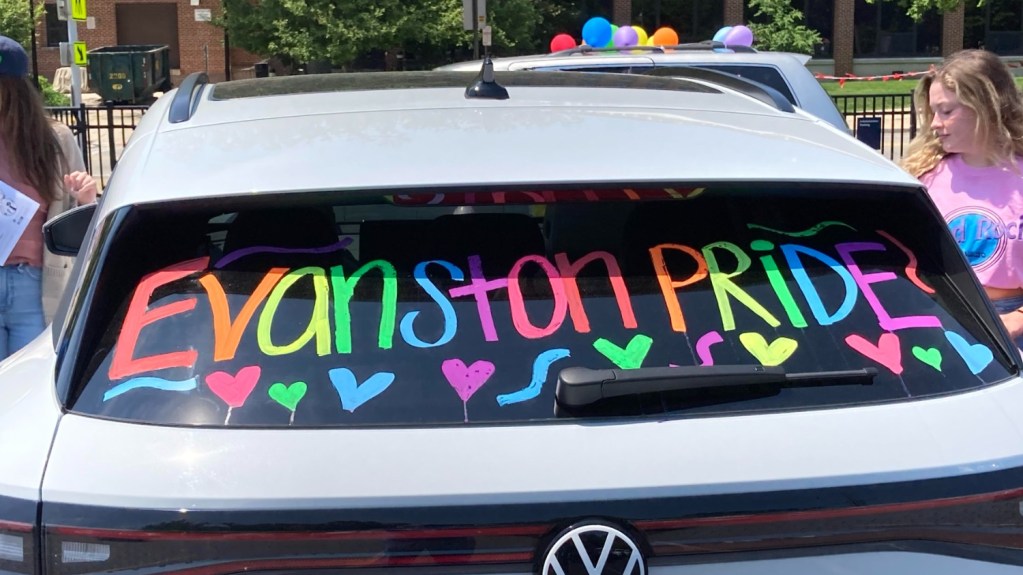 The group is now active in promoting a variety of events, including a candlelight memorial to LGBTQIA+ victims of violence (June 12), and a community picnic (July 30).

Sunday’s car parade went from ETHS south on Dodge Avenue, east on Main Street, north on Forest Avenue, then west on Davis Street past Fountain Square and north on Ridge Avenue, before ending at Ingraham Park.

Jack’s mother, Maggie Marmet, joined her son on the route.

“My son is amazing,” she said. “I’m trying not to cry” with joy and pride, she noted, adding “I want to be like him when I grow up.”