A 29-year-old woman was allegedly killed by her ex-husband in a murder-suicide on Monday in Chicago after opening up about her divorce and healing journey on social media, according to police.

Sania Khan, a Pakistani American photographer who had recently moved to Chicago, was allegedly shot and killed by her ex-husband, 36-year-old Raheel Ahmed, who traveled from his home in Alpharetta, Georgia — a suburb of Atlanta — to Khan’s residence in Chicago, where she had recently moved, according to a police report obtained by the Chicago Sun-Times.

According to her website, Khan was a professional photographer who moved to Chicago in June 2021.

Chicago police told ABC News in a statement that officers arrived on Monday afternoon at the 200 block of E. Ohio street where they found a woman and a man with gunshot wounds to their heads inside a residence.

Police in Chicago arrived at Khan’s condo on E. Ohio to conduct a welfare check for Ahmed at the request of police in Alpharetta.

After family members of Ahmed reported him missing, police who arrived on the scene were told that he could be at Khan’s residence in Chicago, a spokesperson for the Alpharetta police department told ABC News

According to Khan’s own posts on TikTok, where she shared under the username “geminigirl_099,” her marriage lasted less than a year before she filed for divorce.

Khan, a native of Chattanooga, Tennessee, talked about her marital struggles on TikTok, her journey to finding empowerment through divorce and starting a new life. She urged women to “stop ignoring those red flags” and shared her struggles with her own family and some in the South Asian community, who did not support her decision to get a divorce.

“Going through a divorce as a South Asian woman feels like you failed at life sometimes,” she wrote in a TikTok video. “The way the community labels you, the lack of emotional support you receive, and the pressure to stay with someone because ‘what will people say’ is isolating. It makes it harder for women to leave marriages that they shouldn’t have been in to begin with.” 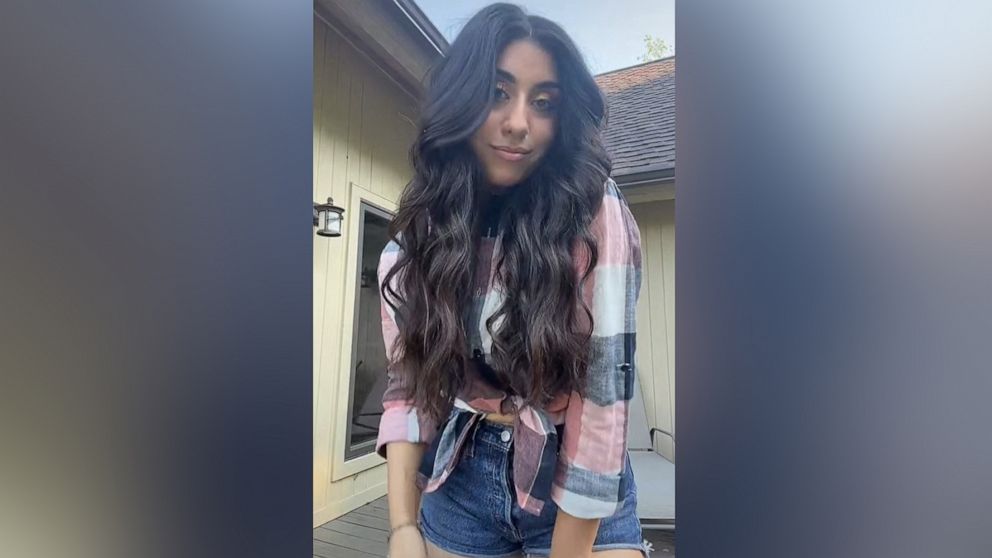 In another video, she wrote that she was sitting in a coffee shop “getting lectured by family members” after her TikTok video about her divorce journey went viral.

“Women are always expected to stay silent,” she wrote. “It’s what keeps us in messed up situations in the first place. I’m done with this mentality.”

And in a video on the eve of her 29th birthday, Khan showed off her first tattoo – “XXVIII” which is 28 in Roman numerals. She wrote that being 28 was the year that “changed f—— everything.”

“The year I got married, the year I moved from a small town to one of the largest cities in the country, the year I filed for divorce, the year I almost died.”

A GoFundMe account set up to help her family with her funeral expenses received more than $35,000 in donations by Friday afternoon.

According to a study by the World Health Organization, instances of domestic violence increased globally during the COVID-19 pandemic.

In the US more than 10 million adults experience domestic violence annually in the US, according to the National Coalition Against Domestic Violence.

Meanwhile, women ages 18 to 24 and 25 to 34 generally experience the highest rates of intimate partner violence. according to the National Domestic Violence Hotline. The data also shows that most women who are victims of intimate partner violence were previously victimized by the same offender, at the rate of 77% for women ages 18 to 24 and 76% for ages 25 to 34.

According to a 2021 study by The Network, a Chicago-based organization working to address domestic violence, the Illinois Domestic Violence Hotline received 32,363 contacts in 2021 — a 9% increase from 2020 — that is consistent with a surge across the state. The study also shows that in 2021, there were 121 domestic violence related shootings recorded by the Chicago Police Department — a 64% increase from 2020.