New to the line-up this season, we’ll be exploring the various college cities of Wisconsin’s opponents. We answer all the important questions – is it a state capital? What is the population? Does it have a culver?

Evanston is home to “Chicago’s Big Ten Team” … at least that’s what they say. However, according to our friends at The Champaign Room, Northwestern doesn’t even have a presence in Chicago …

However, according to the City of Evanston’s own website, Northwestern University was founded before Evanston.

In 1851, plans began for Northwestern and in 1855 The northwest opened its gates. The founders of the university presented their plans for a town to the district judge and wanted to rename the town Evanston 1854.

Evanston, if that’s the right name at all – I honestly don’t know what to believe … has a thriving economy with nine different business districts, offering residents and visitors plenty of shopping and dining / drinking options.

Evanston sits on the shores of Lake Michigan with six public bathing beaches and plenty of opportunities to enjoy life on the lake.

While Evanston has plenty of things to see and do, one of the more interesting attractions is the American Toby Jugs Museum.

Now you might be wondering what the hell a Toby Jug is … well, it’s a figural ceramic mug sculpted in the shape of a popular character, be it historical, fictional, or generic. Tobies date from the 1760s. The first of their kind were made in the shape of a seated, jovial, stocky man dressed in the clothes of the time. The Toby wore a three-pointed hat, puffed at a pipe, and held a pitcher of ale in his hand. These were referred to as “common Tobies”.

The hat formed a spout with the handle attached to the back. Tobies have evolved over the years.

If you’re a fan of these type of pitchers … creepy or historically creepy. You’re lucky. 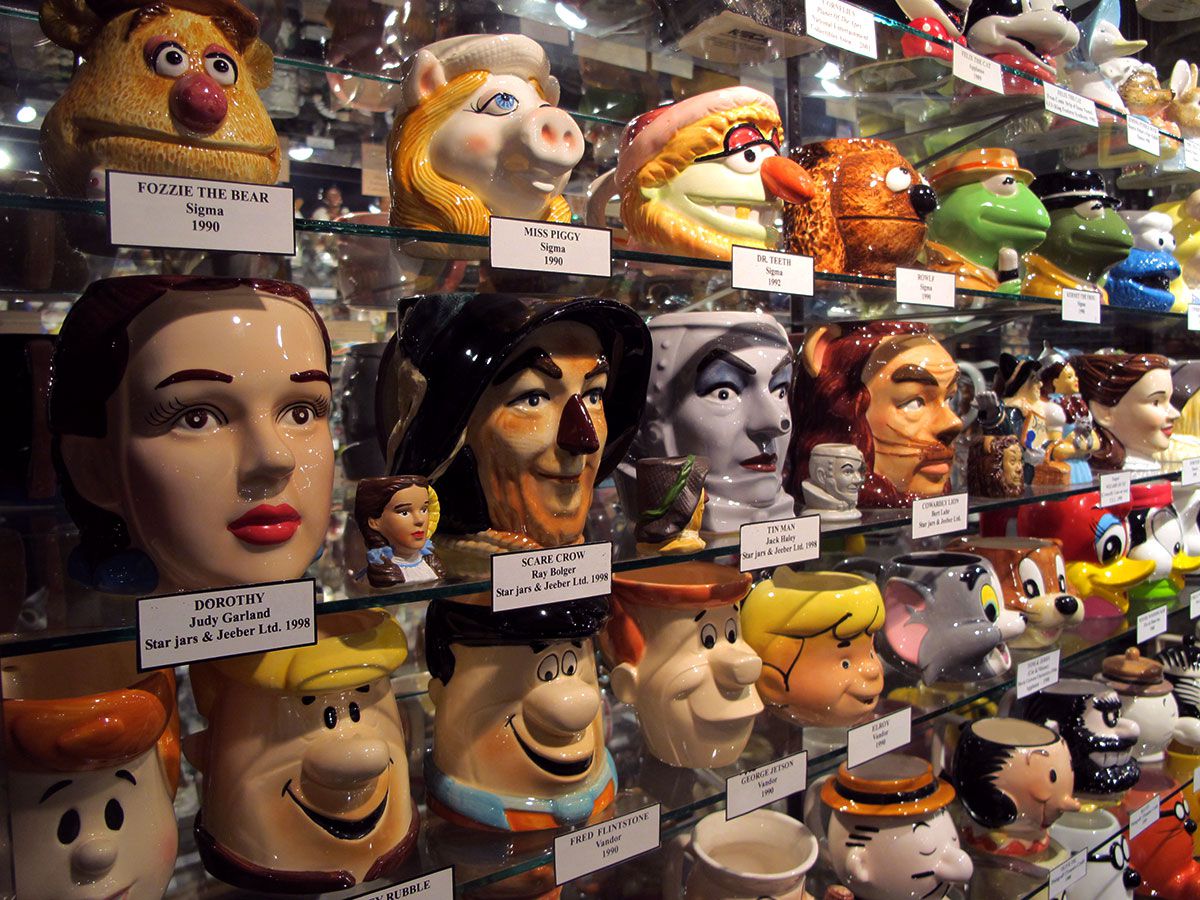 Thanks to urbanmatter.com, there’s a list of the best bars to party or lick your wounds after a Northwestern game.

Ten Mile House, an upscale tavern with lots of beers and some of the best drunk food. While the Ten Mile House is more of a chic establishment, Bat 17 has more of a college bar and restaurant feel. 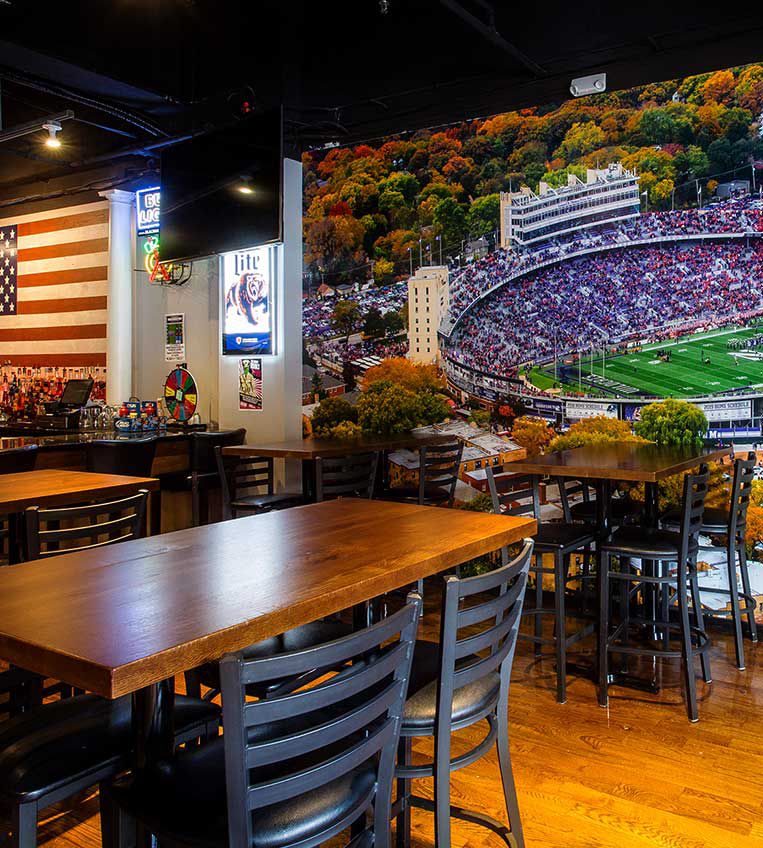 While Evanston has no Culver, Skokie has it around. 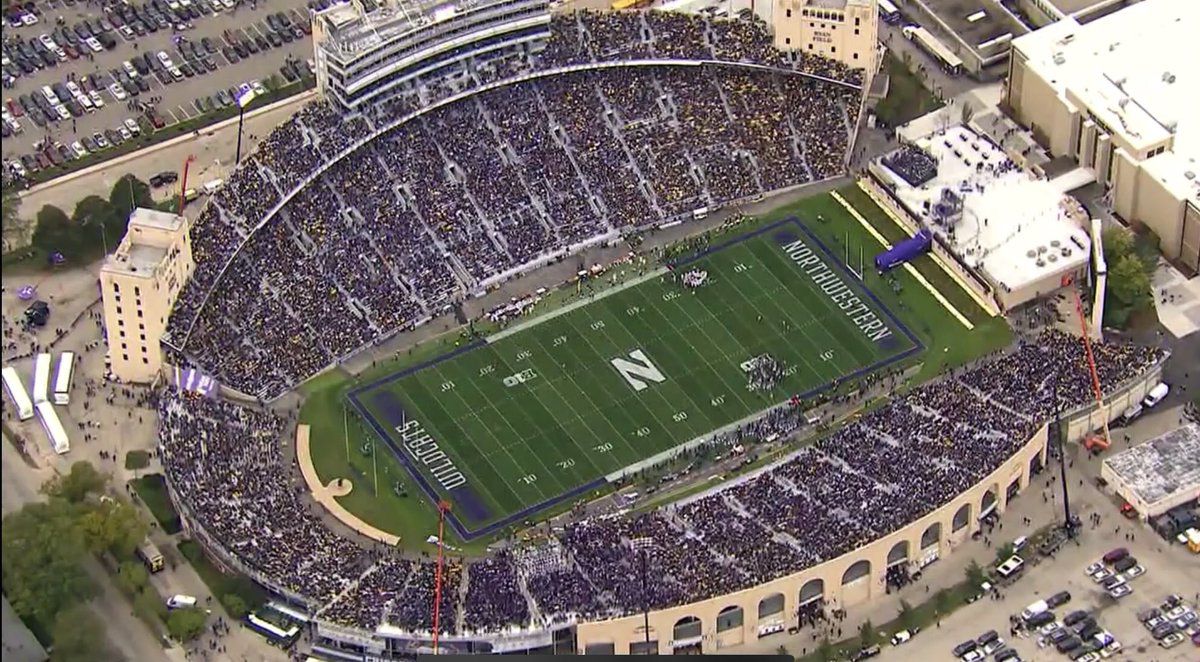 Ryan Field (a great name by the way) is home to the Northwestern Wildcats and has 47,130 seats.

It was originally called Dyche Stadium from 1926 until 1996 when it was renamed after Patrick G. Ryan, Chairman of Northwestern’s Board of Trustees. Other board members made the decision to rename the stadium based on his contributions to Northwestern University.

However, the name change came with some controversy. The renaming of the stadium contradicted the university’s own resolution of 1926 prohibiting such a change. School officials said a private institution can override the previous board’s decisions. The Dyche family were not notified of the change, despite living in Chicago and listed in the phone book. After some protests from the Dyche family, Northwestern installed a notice board at the stadium showing the previous name.

How kind of you…

Does your college town suck?

Yes absolutely. Your own city website is confused about how time works. Evanston’s time structure does not follow a design by Jeremy Bearimy. That is reserved for the good place.

Evanston is the bad place.

Men’s tire set for the Saturday matinee at Loyola…