Cook County Board President Toni Preckwinkle announced $5.5 million in funding today for the Electric Vehicle Charging Stations Program, an initiative led by the County’s Department of Environment and Sustainability and Bureau of Asset Management to increase the number and access to public electric vehicle (EV) charging stations throughout suburban Cook County.

“There are large gaps in access to public EV charging stations throughout the suburbs of Cook County, specifically in traditionally underserved communities on the south and west sides,” said President Preckwinkle.

“Bridging these gaps in access provides more residents the opportunity to consider the economic benefits of electric vehicle ownership.”

The goal of this four-year initiative is to install up to 75 dual port public EV charging stations. Cook County will cover the cost of the EV station hardware, construction, installation as well as networking and warranty fees for the first five years. 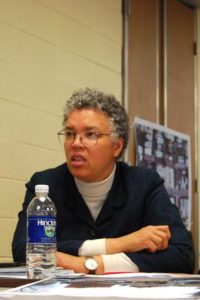 “As the need for electric vehicles rises every year, we must be proactive to ensure all communities have the resources to serve residents with electric vehicles,” said Commissioner Frank J. Aguilar.

“It is not enough to simply say, ‘buy an electric vehicle’. We must build the necessary infrastructure needed to support residents who wish to own electric vehicles. This investment into charging stations throughout suburban Cook County is a crucial step.” 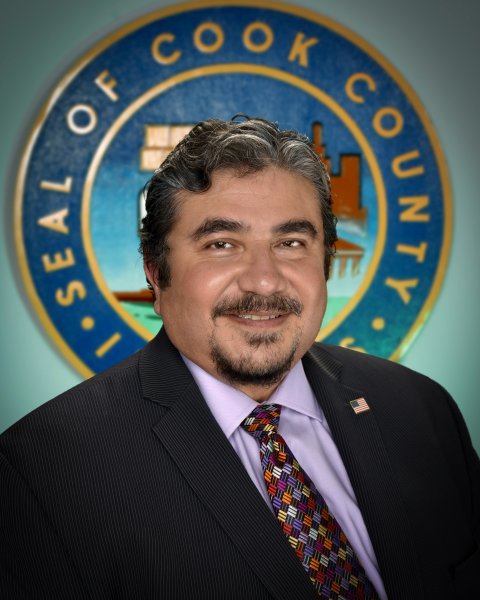 The County is seeking input from municipal leaders, residents, business owners and community organizations to find the most suitable locations for the public charging stations. Examples of public charging station locations could be a city hall, public library, community center, house of worship, housing complex, shopping complex or any other location that would offer convenient access to charging. Station locations within disinvested communities will be prioritized.

“Gas powered vehicles may have a cheaper initial price but can wind up costing more over the lifetime of the vehicle,” said Deborah Stone, Chief Sustainability Officer and Director of the County’s Department of Environment and Sustainability. “Without access to a charging station, an electric vehicle is not a feasible option for residents, especially those who can’t charge at home. This program will help change that.”

The County is providing funding for the Electric Vehicle Charging Station Program through the American Rescue Plan Act (ARPA). The County allocated over $100 million in ARPA funding to support a clean environment for all and to fight climate change.

For more information and to suggest a site for a public EV charging station, visit www.cookcountyil.gov/EVcharging