While Evanston officials say our drinking water is safe, the city plans to hire a consultant to figure out a “source water protection plan,” due to the presence of chemicals known as PFAS in what comes out of your tap.

PFAS — per-and-polyfluoroalkyl substances — are found in a variety of non-stick consumer products, firefighting foam, and other materials. They are called “forever chemicals,” because, according to the Centers for Disease Control, they “do not break down in the environment” and “can move through soils and contaminate drinking water sources.”

They have been linked to serious diseases in other parts of the country.

Evanston’s water production bureau chief, Darrell King, says that on Monday City Council will be asked to bring on a consultant to “take a holistic look at Lake Michigan,” the source of Evanston’s drinking water, with an eye towards reducing chemicals in your supply .

A recent check of that drinking water discovered levels of two PFAS variants (PFOA and PFOS) which are significantly higher than what is recommended by the US Environmental Protection Agency in a new “interim lifetime health advisory.”

So the question now: Should those of us who drink Evanston water be worried?

King says “we’re in the business of public health. Our drinking water is safe. It meets all regulatory standards.”

The new EPA guidelines are just advisories as of now, not enforceable regulations. There are none of those yet. To add to the confusion, Illinois has different, less strict guidelines, which Evanston does meet for PFOS and just misses for PFOA).

King concedes that “we recognize that people may have concerns.”

One reason for concern may be a landmark study and subsequent lawsuit in West Virginia and Ohio, which found a probable link between PFOA-contaminated drinking water and seven illnesses, including testicular and kidney cancer, and ulcerative colitis.

DuPont Chemical, which had dumped the chemicals into the Ohio River water source for decades, agreed to a $750 million settlement several years ago for thousands of water customers.

But in the DuPont case, the factory was right next to the river. There is no obvious PFAS source like that in Evanston. So where is it coming from, and why doesn’t it wash out in such a huge source as Lake Michigan? 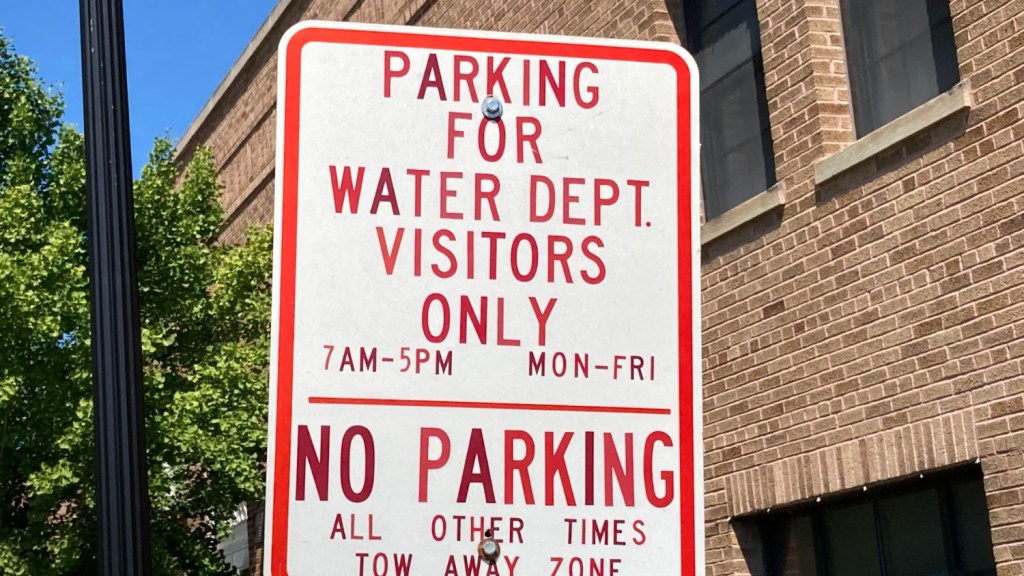 Evanston’s water works is next to Lake Michigan, which is the source of our drinking water. The water is treated for many potential contaminants, but not PFAS.

Those are among the questions which need answering. Another question: why are the EPA’s new guidelines much lower than an agency draft recommendation, perhaps even so low in some instances that standard equipment can’t even detect it?

A City of Evanston document about PFAS notes that “As a frame of reference, one part per trillion (ppt) is roughly the equivalent of one drop in 20 Olympic-sized swimming pools.”

Northwestern University chemistry professor William Dichtel, an expert in water purification who has developed a home PFAS filtration system, tells Evanston Now that “I wouldn’t drop everything and start drinking bottled water,” but the PFAS level “is something which should be added .”

And, Dichtel says, “if we’re 100 times higher than what EPA says causes health effects, it doesn’t matter about it being a drop in the pool.”

The issue with PFAS is long-term exposure, not just consuming a few glasses of H2O on a hot summer day.

But long-term exposure can creep up on you.

“We need to do it now,” Dichtel says, of dealing with PFAS. “It’s not something to kick down the road and deal with ten years from now.”

More information about PFAS in Evanston’s drinking water is available on the city website.