Multiple people were shot following an altercation in Chicago on Tuesday, leaving one dead and at least six people injured, authorities said.

At least four people were taken to the University of Chicago Medical Center, including three people who were in critical condition, Fox 32 reported. One person died from their injuries, police said.

The Chicago Police Department dispatched multiple officers to the 5500 block of South Martin Luther King Drive near Washington Park, authorities told Fox News, and videos from the scene showing police vehicles parked on the grass, adjacent to the baseball field.

The shooting came as the city continues to experience a crime wave. A recent disturbing video shows a woman in Chicago’s North Side screaming while being tackled and robbed at gunpoint.

The city also marked its 500th homicide for the year earlier this week after a 28-year-old was killed leaving his mother’s home, Fox 32 reported.

Despite the jarring homicide pace — over two per day — the number of shootings and murders are down from the same point last year, according to the Cook County medical examiner’s office. 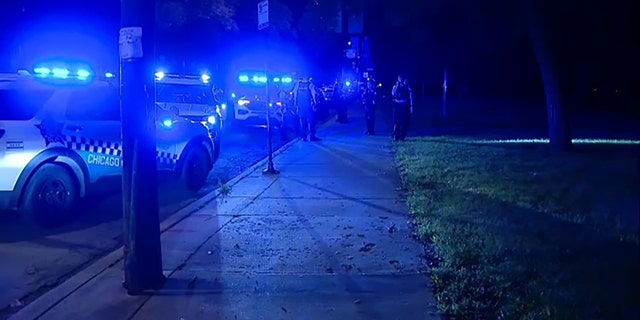 Republican candidate for Governor Darren Bailey has described Chicago as a “h—hole” and said its residents are “living the purge.”

A recent report predicted that Chicago carjackings in 2022 will be 6 times as high as in 2014.