Chicago police arrested Gerardo Posadas, 25, after footage emerged of him attempting to kidnap a young girl from her mother last week.

The Chicago Police Department has arrested Posadas at least five times, with the earliest incident going back to 2014. Surveillance footage captured Posadas approaching a mother and her daughter last week, with police saying he first offered $150 to “buy” the young girl.

When the mother refused, Posadas attempted to take the girl, grabbing her by her hair. The mother yanked her daughter back and was able to escape, and Posadas fled the scene.

Records show Posadas was first arrested in 2014 at the age of 18 on charges of defacing property. He was then arrested again in 2017 on charges of criminal sale or possession of a deadly weapon. 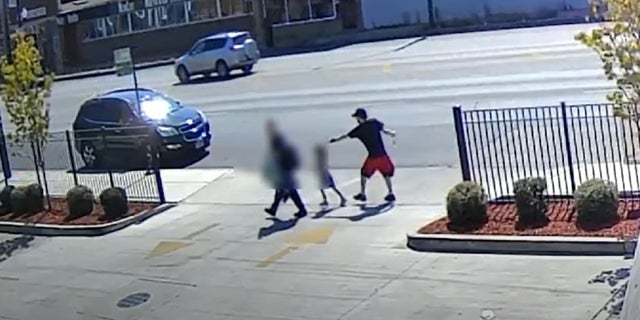 His next arrest came at the age of 23 in 2020, with cops charging him with reckless conduct. His penultimate arrest came in 2021 on charges of domestic battery and bodily harm.

Posadas was arrested Friday on aggravated kidnappings charges. Police released him to the Cook County Jail on Monday, and he is scheduled to appear in court for the first time later Thursday.