Casten family thanks public for condolences over daughter’s untimely death

The Casten family has released the following statement on Friday Oct. 7, 2022:

“This past June (13, 2022), our daughter, Gwen Casten, died of a sudden cardiac arrhythmia. In layman’s terms, she was fine, and then her heart stopped.

“We don’t know what caused the arrhythmia, and likely never will.

“Gwen was a healthy 2022 teenager. She ate well, exercised, got regular check-ups, didn’t suffer from any behavioral health issues, and had close relationships with family and friends. She was fully vaccinated, and quarantined after occasional positive, asymptomatic COVID tests during the omicron wave. She had just come home from an evening with friends, went to bed and didn’t wake up. 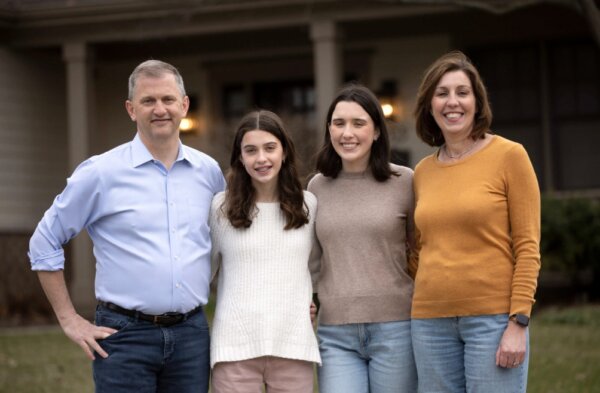 “We are heartbroken, but we are not unique. Sudden, unexplained heart failure among young, healthy people is rare but real. We are left grasping at the wrong end of random chance.

“We are grateful for the outpouring of love we’ve received over these past months. We’ve cried again over each of your letters, messages, meals, and flowers, but they are appreciated. We are also grateful for the donations to the Downers Grove North Friends of Fine Arts and March for Our Lives, causes that Gwen was actively engaged in during high school. It is a comfort to know how many lives Gwen touched over her 17 years.

“She had a big, beautiful, kind, loving heart. And it stopped, as all must.

“None of us know when our last heartbeat will come. The best we can hope for is that when our loved ones do pass, we will have no regrets about the time we were lucky enough to share.

“So hug the folks you love a little harder today. Be present in their lives. And spread your love a little farther. Because in the end, it’s all that remains.”

The Casten family will be issuing no further statements, and Rep. Casten will not be available for interviews on the topic. The family requests continued privacy at this time.

Most members of the public expressed sorrow for the tragedy and only a handful of Republican extremists used Casten’s daughter’s death to score points on political issues, such as when Cook County GOP Chairman Sean Morrison Tweeted this ugly and vicious comment on July 4, 2022:

REsponding to Casten, who criticized the NRA in the wake of the Highland Park shootings, Morrison used Casten’s family tragedy to defend the NRA, writing disrespectfully, “Congressman, that’s just classless partisan dribble shame on you . Kindly show the same level of respect to today’s victims families tragically gunned down a few short hours ago. The same empathy shown at the time of your own families recent tragedy. Say a prayer and try to do better.”

Casten, who was mourning his daughter’s passing at the time, responded, “I say this with all the respect you deserve. STFU. People are dead because we have too many guns and too little regulation. You and I have jobs where we can fix that. If that sounds like ‘partisan dribble’ to you, maybe you ain’t cut out for this line of work.”

Morrison, who is plagued by a range of controversies as a county commissioner, and as a failed GOP Chairman, is being challenged by former Orland Park Trustee and attorney Dan Calandriello in the November 8, 2022 General election. Calandriello seeks to unseat Morrison from the county board.

Casten is being challenged in the congressional race by rightwing extremist, Keith Pekau, who is one of Morrison’s chief political sponsors and whose own political style has been characterized by vicious and constant name calling.

Most responsible members of the public and elected officials and candidates have expressed condolences to the Casten family on the tragic passing of Gwen Casten.

Chicago is getting a mediation program for police misconduct complaints

Health Policies Were a Prominent Theme in Biden’s State of…