Family and an anti-violence activist have put up an $11,000 reward for any information that can lead to the arrest and conviction of those involved in the killing of a 24-year-old woman earlier this week.

“Nobody in the United States and no family needs to go through this,” community activist Andrew Holmes said. “Her life is worth more than any penny that we can put up, that’s how important this is.”

Imani Abitalib was fatally shot Wednesday evening as she sat in a parked car at the 900 block of East 82nd Street. No charges had been filed as of Friday evening, Chicago police said.

“Chicago, when is this going to stop?” asked Bridget Mays, the woman’s aunt. “My niece was innocent, just sitting in a car. This could be your daughter, your niece. Let’s stop this gun violence today.”

Bridget Mays, the aunt of Imani Abitalib, places a flyer on the windshield of a car on the 900 block of East 82nd Street Friday evening.

Holmes, Mays and Abitalib’s parents and other relatives canvassed the neighborhood where she was shot, posting flyers on parked cars and tucking them inside mailboxes. Those flyers provided details of the shooting and the number of a telephone tip line.

Abitalib’s parents declined to speak, still too overcome to by emotion. Only hours earlier, they had been at the Cook County Medical Examiner’s Office to officially identify their daughter’s body.

Mays said Abitalib was as an ambitious young woman who was working two jobs — at the Shedd Aquarium and at Wendy’s. She had her own apartment and was incredibly independent.

“A person at 24 years old is not supposed to be like that. At 24 you are drinking, you’re partying. But she chose to go the right path and do the right thing,” Mays said. “And look — this is what happened.” 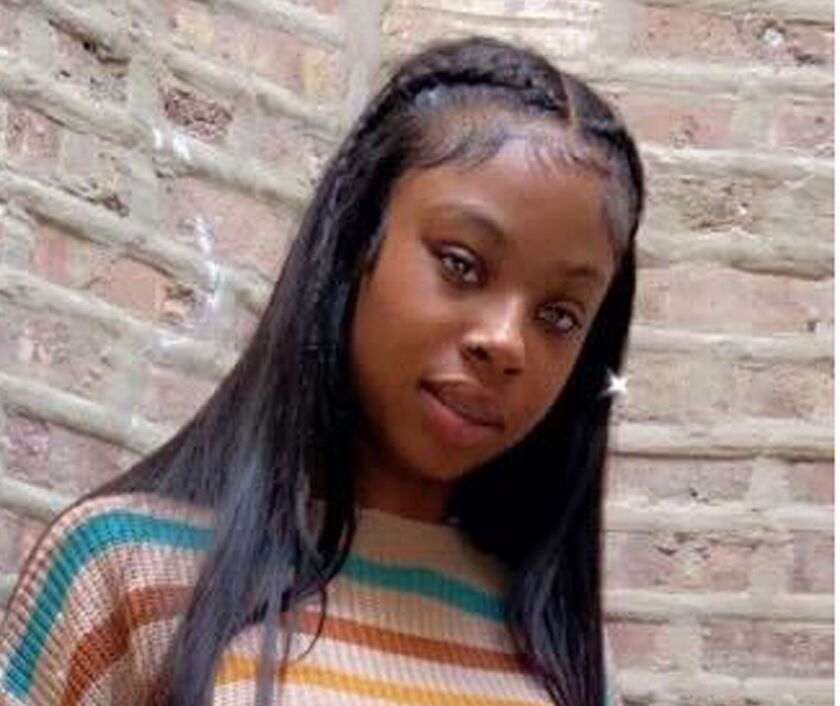 Imani Abitalib was fatally shot Wednesday evening as she sat in a parked car at the 900 block of East 82nd Street.

Mays said Abitalib had just gotten off work at Wendy’s. The family had gathered at her mother’s house, cooking. Her mom was making corn bread and had run out of eggs, so she sent Abitalib and her two cousins ​​to the store.

They stopped at an apartment complex to pick up the son of one of her cousins. While her cousins ​​ran up to get the child, Abitalib stayed behind, sitting in the parked car, on a FaceTime call with her best friend, Mays said.

While she was on the video call, Mays said, the shooting started, and Abitalib was struck in the head. She was pronounced dead at the University of Chicago Medical Center, police said.

“They heard her scream and apparently, she looked and saw the gun and then the phone dropped. You could hear the gunshots from the phone,” Mays said. “And the best friend called us immediately and we all just ran there.”

Mays urged those with any information to come forward — and called on the assailant to turn themselves in.