The rise in violent crime in Cook County is largely attributed to Cook County District Attorney Kim Foxx’s frequent refusals to prosecute criminals. Some Virginia counties have also been plagued by “social justice” prosecutors elected with input from George Soros, like Foxx.

Newly elected Virginia Attorney General Jason Miyares is reportedly willing to let his office do the job and will pursue cases that local prosecutors drop.

This is an obvious solution that Illinois could have implemented a long time ago. It’s also obvious that it didn’t happen because the Pritzker administration, Illinois Attorney General Kwame Raoul, and the General Assembly just don’t care enough about Foxx’s wrongdoing. She was backed by Pritzker, Raoul and basically the entire Democratic establishment at the election. 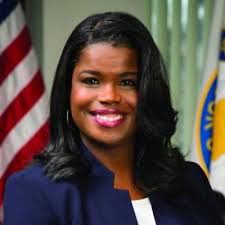 It’s not clear if Raoul currently has the authority to act unilaterally to take the job, which Foxx is turning down. However, any needed authority could be quickly provided by law if Pritzker and the state legislature so wished.

Don’t expect that to happen. The Illinois state government has done nothing to combat the scourge of violent crime, and there is no reason to expect change.

21 people charged after drug trafficking in northern Minnesota was busted

State’s Attorney To Weigh-In On Fatal Shooting Of Man…