CHICAGO — A Chicago police officer who was shot last Wednesday was released from the hospital Monday.

Officer Fernanda Ballesteros was conducting a traffic stop with another officer in a marked police vehicle in the 6100 block of South Paulina Street Wednesday afternoon when a suspect opened fire, striking Ballesteros before fleeing the scene.

Chicago police Supt. David Brown said the offender pulled into an alley, exited the vehicle and started firing shots at the officers.

CPD Supt Brown: 25 officers shot, or shot at, so far this year

Ballesteros was taken to the hospital in a squad car in serious but stable condition.

Monday morning Ballesteros was released from the hospital. Family and more than 100 officers gathered outside and greeted and cheered as they exited the hospital. 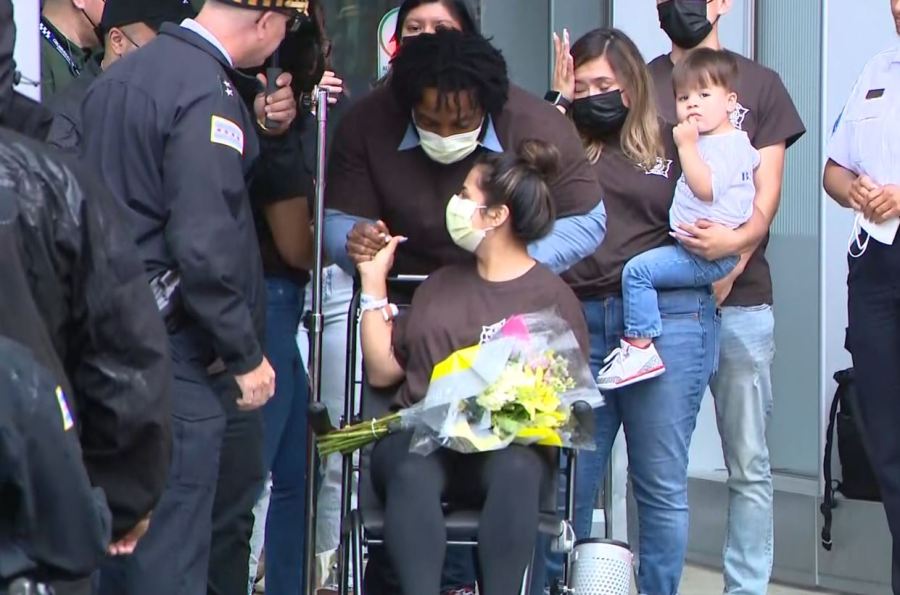 She recorded a message from her hospital bed prior to her release in which she thanked those who supported her including the officers on the scene that night, the detectives and her partner. She also thanked hospital staff, doctors and nurses.