Anabella Oddo’s parents realized when their daughter was 3 years old that she was destined for the stage.

“I think my parents knew before I did that I was going to be a performer,” said the Naperville native, who recalled accompanying her parents to a fair when — at age 3 — she responded to an invitation for children to perform ” The Itsy Bitsy Spider.”

“I darted on stage and did the best performance of ‘The Itsy Bitsy Spider’ I could,” laughed Oddo, whose performance as the awkward, naive Cecile marks in Kokandy Productions’ “Cruel Intentions: The ’90s Musical” at Chicago’s Chopin Theater her professional debut, 20 years after she first ventured onto a stage.

The acting bug didn’t bite until she got to Naperville North High School and one of her best friends dragged her to an audition for the spring musical. Getting cast sparked Oddo’s passion for theater.

“I found my people,” she said.

Sophomore year Oddo joined the show choir. The same year, director Nicholas Janssen cast her as Judy (the Jane Fonda role) in Naperville North’s production of “9 to 5: The Musical.”

After high school, she studied acting at the College of DuPage under Buffalo Theater Ensemble members Connie Canaday Howard and Amelia Barrett and then enrolled in Roosevelt University’s Chicago College of Performing Arts. A few months after she graduated, she landed the role in the Jeff-recommended “Cruel Intentions,” which is adapted from the 1999 film about a wealthy prep school duo’s malicious romantic manipulations, based on the 18th-century French novel “Les Liaisons Dangereuses .” 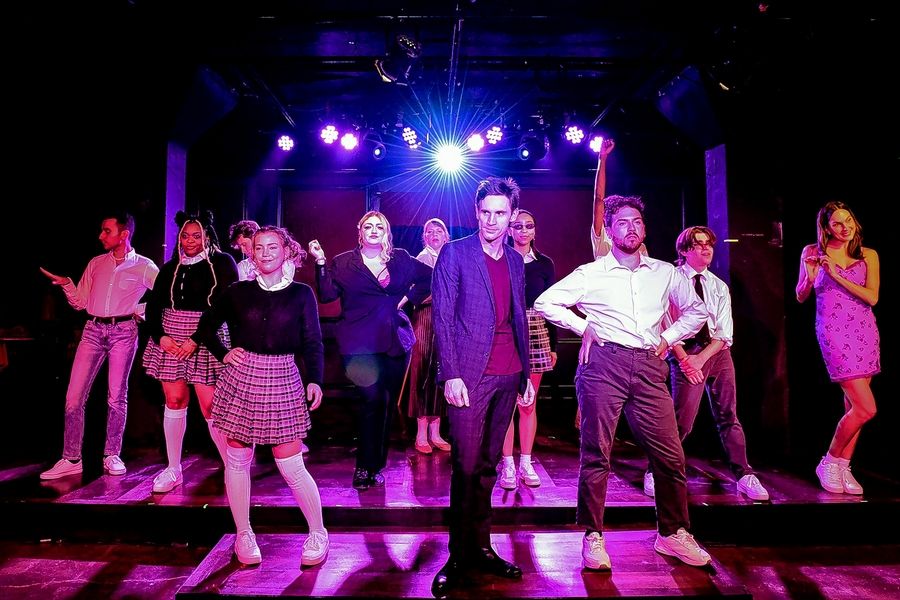 Naperville native Anabella Oddo, right, makes her professional acting debut in Kokandy Productions’ revival of “Cruel Intentions: The ’90s Musical,” which has been extended through Aug. 21.
– Courtesy of Evan Hanover

Oddo says the more she delved into her character, the more similarities she recognized in herself.

An only child, Oddo described her younger self as quirky, shy and someone who people took advantage of.

“I didn’t realize how similar we were until I started working on this project,” she said.

Oddo said working on her first professional production wasn’t at all what she expected “in the best way.”

“Adrian (director Adrian Abel Azevedo) did a really good job of paying homage to the movie while giving the actors room to play and make the characters their own,” she said.

“The show is a little out there, like the movie,” she said, but the response — particularly from the movie’s super fans — has been positive, adding that the cast has been “happily surprised and flattered” by the audience reaction .

There have been hurdles though. Some performances were canceled in response to breakthrough COVID-19 cases, Oddo said, but the show went on thanks to hardworking understudies and swings.

“There’s so much up-and-coming, young talent in this show,” she said. “A lot of our cast is new to the scene. They’re eager. They’re hungry. And they are beyond talented … The vocals are next level.”

When: 7 pm Thursday through Saturday and 5 pm Sunday, through Aug. 21

When things belong together, write them that way