EVANSTON, IL — A historic Northeast Evanston home sold last week for $2.375 million. Designed by an early incarnation of one of the Chicago School’s most notable architectural firms, and formerly occupied by a prominent Republican politician of the early 20th century, the recent sale marks the first time the property has changed hands in a quarter-century.

The 0.69-acre gated property includes a fully fenced-in yard, a heated in-ground pool, sports court and coach house. The pool is set within a bluestone patio and wrought iron fence, and a deck extends from the kitchen to create a “backyard oasis,” according to its listing.

Click on any image for more photos from 2878 Sheridan Place in Evanston. (redfin)

With seven bedrooms and nearly 6,000 square feet of living space, the interior features spacious rooms with five bedrooms on the second floor and three more on the third floor, the listing said. Its foyer contains a “picturesque” spiral staircase, while its custom kitchen includes two butlers pantries and black-and-white tiles.

“Besides being an elegant home with gorgeous architectural interest, it is positioned on an angle to take advantage of expansive garden views from every room,” listing agent Debbie Magnusen told Patch. “It was an honor to represent the sellers on this special home.” 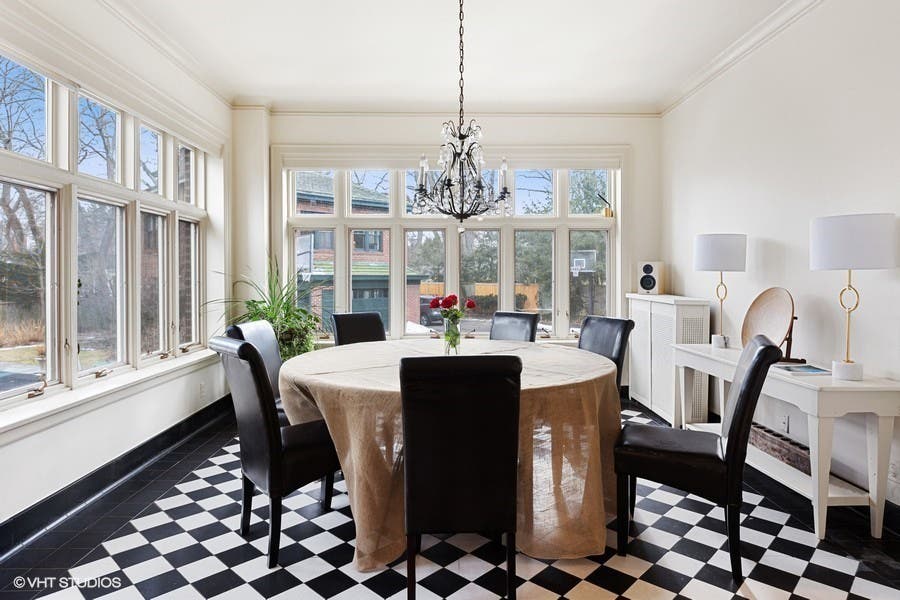 The home’s location, Sheridan Place, was known as the Lake Grove Addition to Evanston prior to 1900 and re-subdivided in 1909 as the Lake Shore Addition. Its three streets were replaced with one, Sheridan Place, which was marketed as “the most exclusive residence section of Evanston,” according to nomination materials submitted as part of the establishment of the Northeast Evanston Historic District.

“Developers and real estate salesmen marketed Sheridan Place to upper class buyers and, indeed, the actual builders were all professional people or heads of companies,” said the statement of significance. “The local newspapers considered the erection of new houses or the sale of an existing house on Sheridan Place newsworthy and dutifully reported those transactions in detail.” 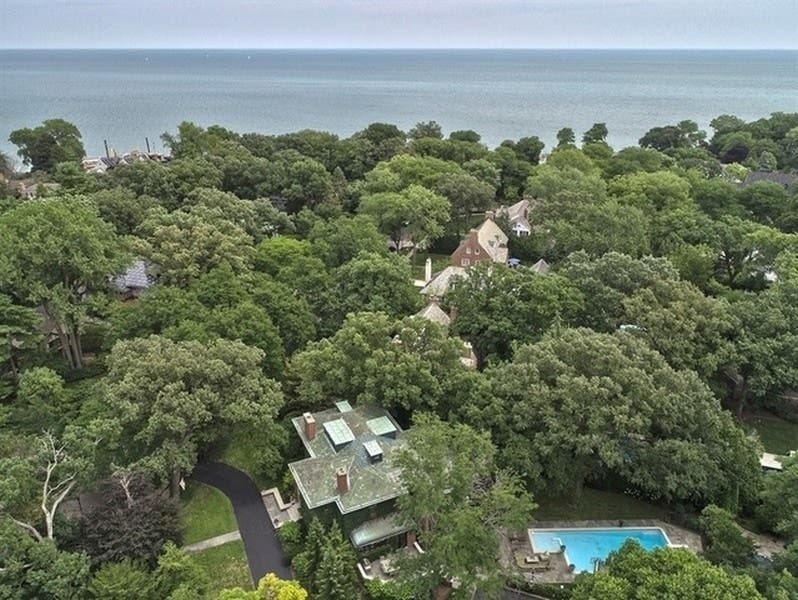 Holabird & Roche, which later changed its name to Holabird & Root, was a Chicago architectural firm known for designing some of the nation’s first skyscrapers. Some of the Chicago School outfit’s remaining downtown landmarks include Chicago City Hall/County Building, the Chicago Temple and the University Club. 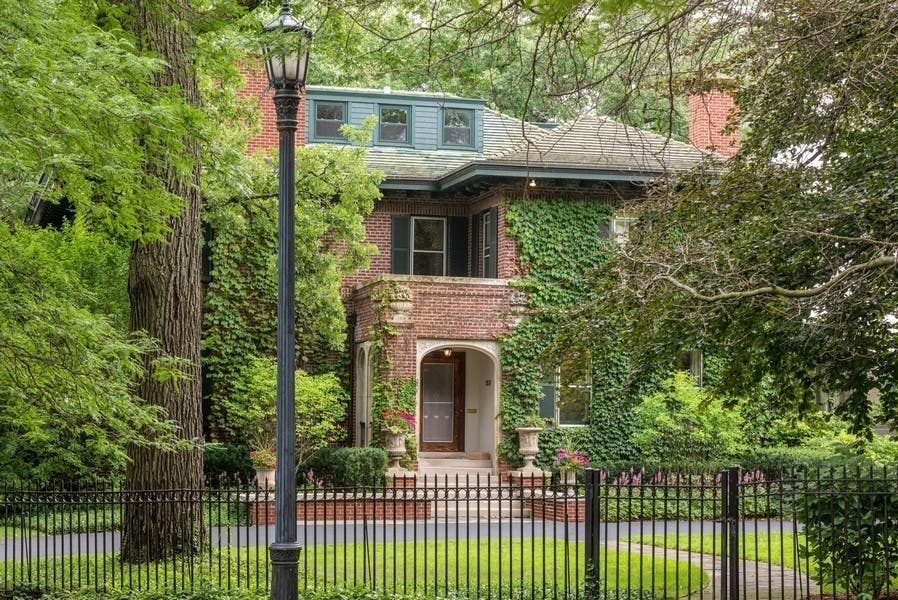 By 1922, 2878 Sheridan Place had become the home of prominent Republican politician Edward James Brundage, according to a local directory from the time.

Brundage (1869-1934) started working for a railroad office as a teen, becoming its chief clerk at 19 after relocating with the general office to Chicago from Detroit. After graduating from law school in 1893, he was elected twice as a state representative in the Illinois General Assembly, according to his biography in the 1923-24 Illinois Blue Book. In 1904, Brundage was elected to his first of two terms as Cook County board president before resigning to take a job as Chicago corporation counsel. He became Illinois attorney general in 1917 and remained in office until 1925.

In 1934, Brundage was found fatally shot in his newly built Lake Forest estate. According to an Associated Press report from the time, “a coroner’s jury of prominent citizens” found that he died from a gunshot wound, “apparently self inflicted while under the influence of temporary mental stress.”

Although he had reportedly suffered recent financial setbacks, Brundage did not leave a note, no one heard the shot, and the gun was reportedly wrapped in a handkerchief. 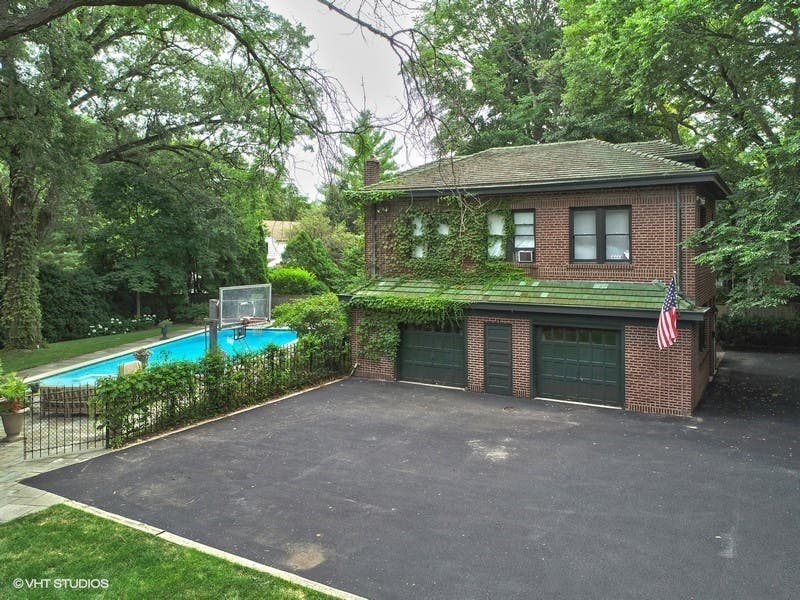 The current owners, Denise and Michael Mulica, purchased the property in 1997 for $1.375 million — the equivalent of about $2.47 million in 2022 dollars when adjusted for inflation.

The home was first listed for sale in December 2019 with an asking price of $2.65 million. Following a series of price reductions, the property returned to the market in March with an asking price just shy of $2.4 million, and an offer was accepted within about a week.

According to Cook County records, the estimated market value of the property for taxing purposes is just shy of $1.78 million and its annual property tax bill was about $46,000 last year. 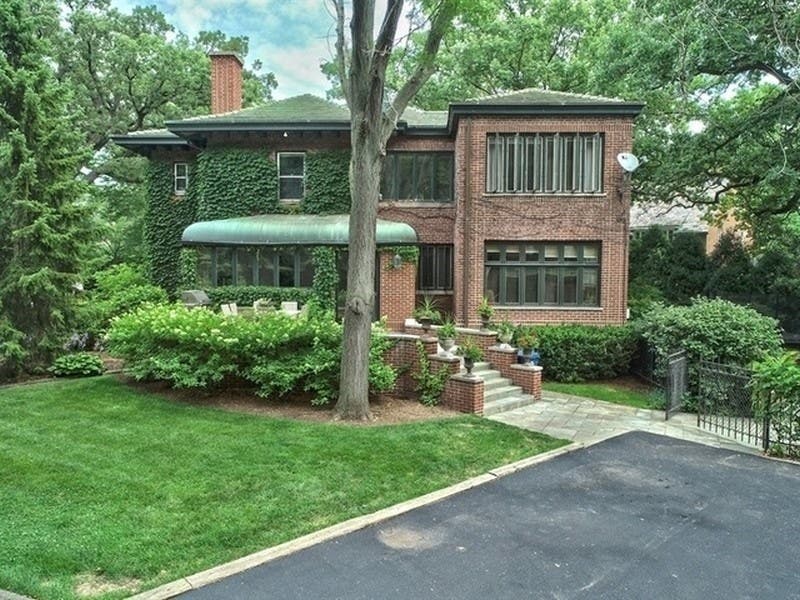 What is the Chicago’s longest string of days with…

Star Wars, chocolate and other lures bringing visitors to…