Standing in the shadow of the grand industrial complex that was once a center of George Pullman’s railcar empire, a top union official from Chicago credited “a lefty radical” for changing the course of American history by organizing the company’s sleeping car attendants into the country’s first black labor organization.

Speaking at a Labor Day event marking the anniversary of the opening of the Pullman National Monument and State Historic Site, Chicago Federation of Labor President Bob Reiter lauded A. Philip Randolph as a trailblazer who pulled together porters living far from Pullman’s company town, which was located on a swath of land that’s now part of the city’s Far South Side.

While the railway workers are credited for helping build the Black middle class, Reiter insisted they “were just barely making it” before Randolph stepped in and founded the Brotherhood of Sleeping Car Porters in 1924.

“When I think of A. Philip Randolph and the Pullman porters, I think about that ability to organize workers who no one else wanted — workers who were taken advantage of and who were abused,” Reiter said.

Lyn Hughes, the founder of the National A. Philip Randolph Pullman Porter Museum, said the porters’ history is that of the largely Black community that now live in the community that bears Pullman’s name.

“Even though Pullman porters did not live in this community, they worked for this company right here,” she said. “They made history by forming the first Black labor union in America that was embraced by the American Federation of Labor. … They deserve to be honored.” Hughes’ museum is located in the heart of Pullman, close to the national monument and state historic site. She voiced frustrations over an apparent lack of coordination between the historical entities, noting that then-President Barack Obama threw her museum “under the bus” in 2015 when he failed to mention it in the proclamation establishing the monument.

“Let’s get it together, Pullman,” she said. “We are supposed to complement each other. Don’t sit around and come out for a dog-and-pony show and act like it’s all good, because it’s not. There are issues.”

Still, she acknowledged that the Pullman porters are just part of the larger history of the company they worked for.

By the time the porters organized, other Pullman Company workers had already left an indelible mark on the American labor movement.Most notably, the Pullman Strike of 1894 led to a monthlong railroad boycott and culminated in violent clashes. The strife prompted changes to US labor law and also pushed President Grover Cleveland to designate Labor Day as a national holiday.

In discussing Monday’s theme of diversity, Cook County Board President Toni Preckwinkle noted that opportunities on the railroad were limited to men, and African Americans could only work as porters or dining car staff. Her grandfather and uncles worked in dining cars on the Great Northern and Northern Pacific railways, she said.

“Those jobs basically helped create a Black middle class because if you had a regular job on the railroad, you were doing pretty well in the Black community,” Preckwinkle said. “And despite Jim Crow and the challenges that Black people faced, people who worked on the railroad had an opportunity to build a better life.” 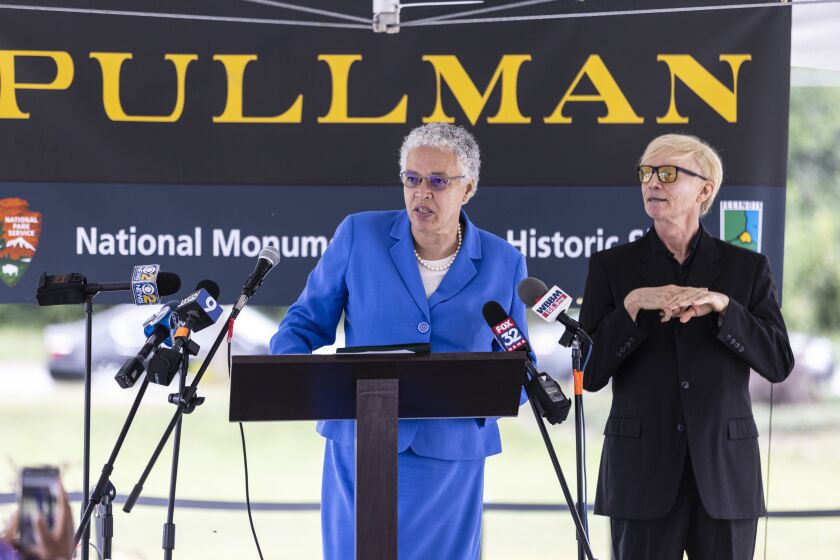 She said the Labor Day celebration served as a reminder “that we stand on the shoulders of working people.”

“Because the employers in this country did not extend these rights to workers of their own volition and benevolence.”

NHRA cuts 2023 schedule to 21 events; Houston, Virginia gone, but Chicago is back